Edited 2/20/11 to add: Houzz column about designing with ceiling fans.

After the last post about easy, breezy tropical style, I was thinking something else essential to bringing ease and breeze is ceiling fans. Granted this is January and where I’m at right now, we’re under snow, but it’s good to plan ahead, right? Thus, for when the days get balmy, cool ceiling fans … cool in more ways than just temperature … 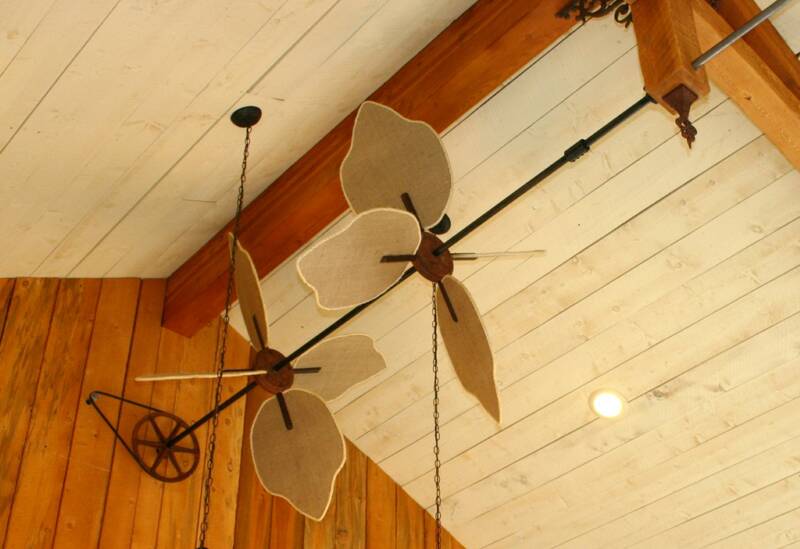 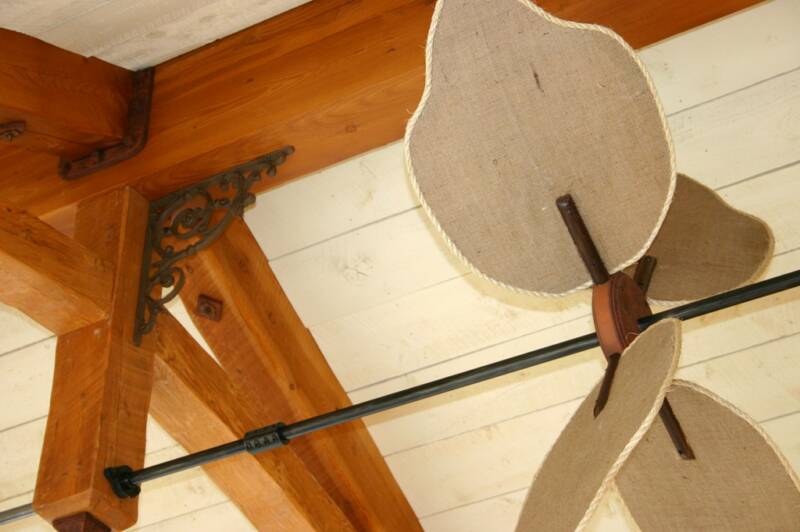 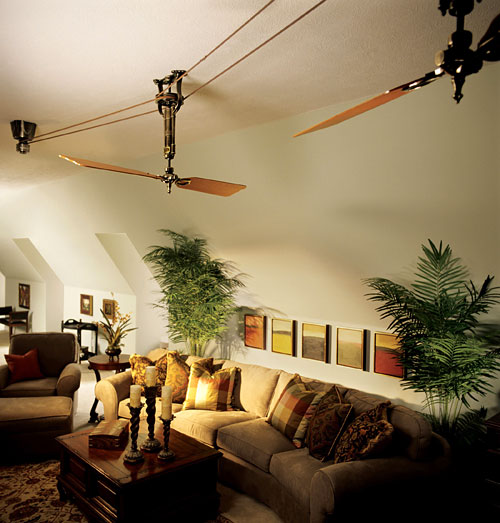 This one is more like a floor standing fan at ceiling height from Fanimation: 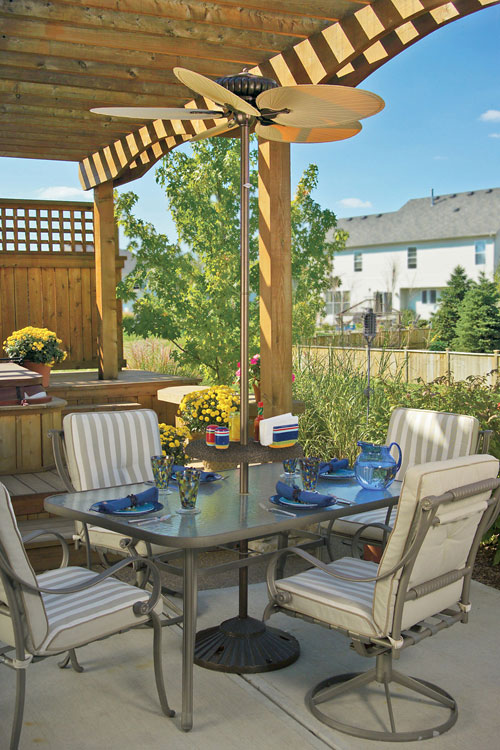 How about on the wall? Also from Fanimation:

Back to the ceiling, another from Fanimation: 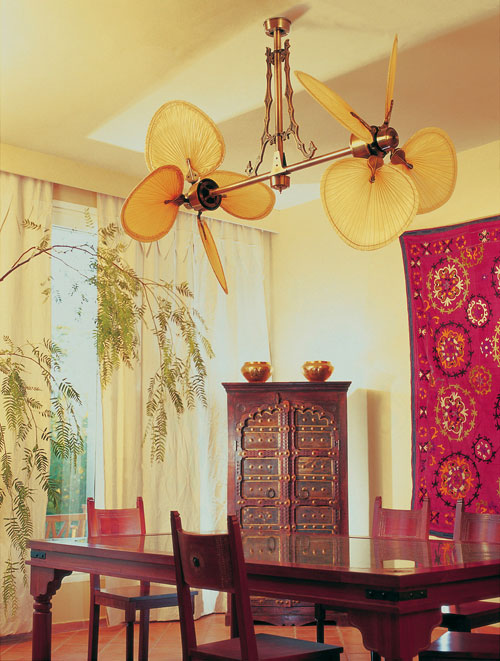 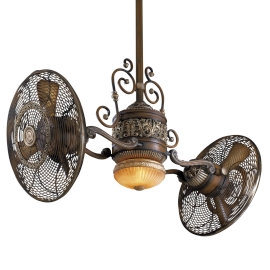 A cleaner look from Minka Aire: 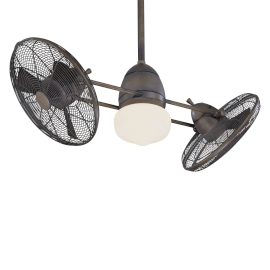 A more decorative fan, almost like jewels, from Minka Aire: 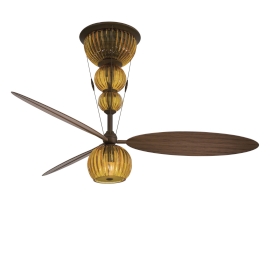 As you can see, I’m trying to find and show some styles different than the usual ceiling fans we commonly see. I mean, if someone asked you to draw a ceiling fan, what would it look like? I bet most of our drawings would look very much the same. Why not something different?

Also, I feel a bit disturbed by ceiling fans that look just like the blades in my  food processor and blender. There’s something unsettling to me about that slicing through the air above me! Bad feng shui, I wonder? I write this as I sit underneath just such a fan. Can cool breezes be generated by something that looks gentler?

This is an interesting approach from Fanimation: 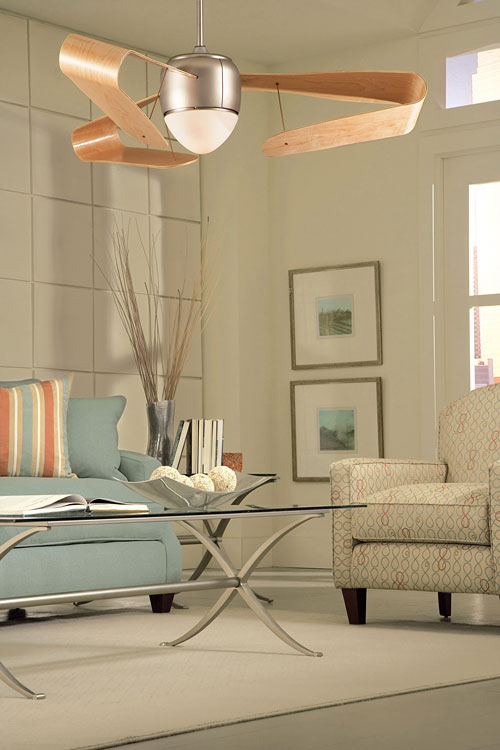 This one from Casablanca looks tropical: 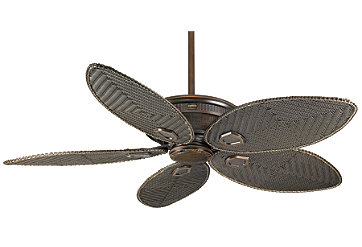 If you want a fan that you don’t notice so much, the appropriately-named Hunter Fanaway would fit the bill: 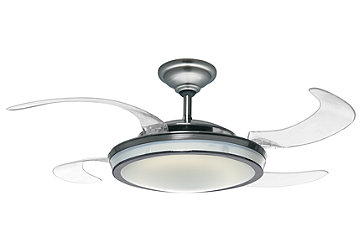 Ha ha, this one would be great for a kid’s room — the Hunter Fantasy Flyer. Although it’s not a fantasy for us, but a reality quite often as my husband has a private pilot’s license. So, I’m not sure I’d want a plane with the cone facing the ground!! 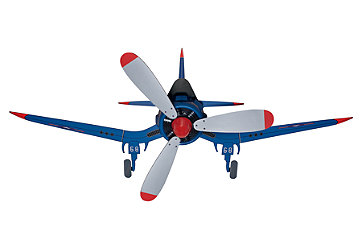 I kind of like this one for a more modern or even a retro (?) look, from Hunter: 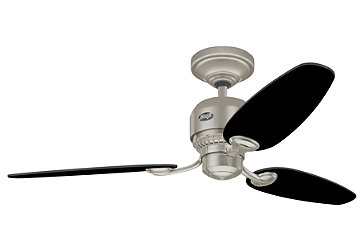 The Emu fan from the Woolen Mill Fan Company:

The MOA fan from the Woolen Mill Fan Company: 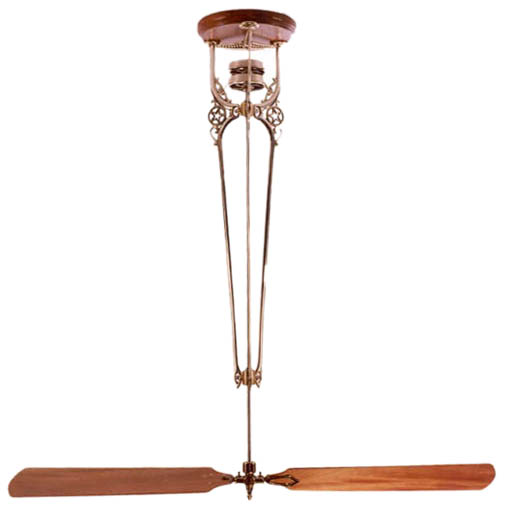 An Ostrich ceiling fan from the Woolen Mill Fan Company:

I like these few final fans the best. I’m starting to think I was supposed to have been born in another time and place.

The grand finale … this is the pulley ceiling fan system gone wild, from Fanimation: 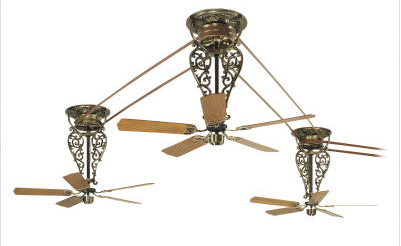 I never knew there were so many different styles of ceiling fans. This was a fun trip.