I just returned from a visit to my hometown, for a Mother’s Day 12-hour scrapbook marathon and with my mom and sister. It’s always fun, including laughing until we’re crying and clutching our stomachs, we’re laughing so hard. This time, one laughing attack happened when I found a scrapbook headline that I misread as “menopause” and wondered WHO would do a scrapbook commemorating menopause?!? You never know, it is a bigger life event as are other things memorialized in scrapbooks.

During this trip I was only in the suburbs, skirting around the city where I’m from. See, few people really want to go to this city. I’ve traveled throughout the U.S. to conferences and meetings for my work, and while I’ve been to Portland, Oregon three times and San Diego and Orlando numerous times for conferences, no one organizes these events in my family’s city. And no one ever asks me for ideas of things to do for a vacation in my family’s city. I grew up near Detroit. Lately I’ve revisited the photos that people take of abandoned urban places, and for Detroit they’ve resulted in collections like Detroit Disassembled,  The Ruins of Detroit, and Lost Detroit. They feature photos like this one, of an abandoned school science lab from Detroit Disassembled: 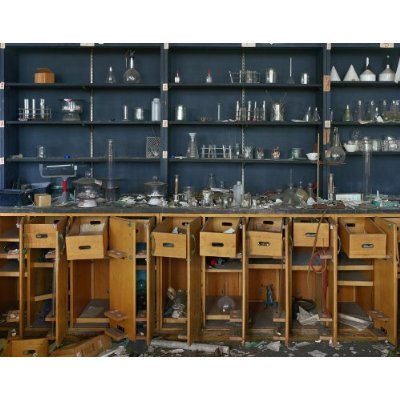 To see this city abandoned and decaying, it hurts. Anyone who grew up knowing the splendour of downtown Hudson’s knows why, knows what the city was.

Anyway, what’s been done to the city has been done. There are people who dream of how to make it better. I don’t know the answer, but with moodboards we can pretend. Here are the abandoned science supplies, now all dressed up as a casual wining and dining spot: 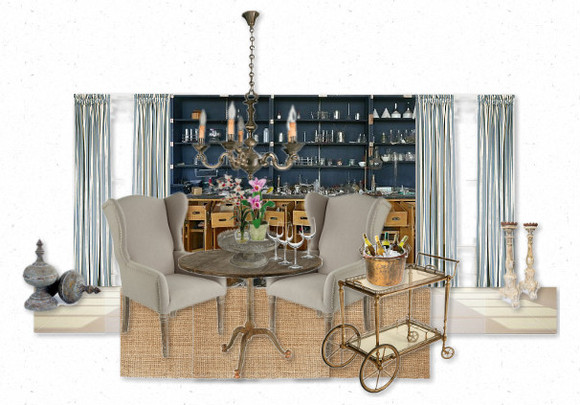 2 Replies to “Abandoned No More”