Yesterday I shared our favorite photo from our visit to Angkor Wat a few years ago:

Cambodia’s people were pleasant and generous to us. They were enthusiastic about sharing what has happened to their families with visitors from elsewhere in the world. The flight back to the U.S. felt like the shortest of any flight we’ve taken from Asia, because I read The Lost Executioner: A Story of the Khmer Rouge from first page to last. It was written by a journalist who found the man who was Pol Pot’s executioner and who ran a place in Phnom Penh where tens of thousands of people were tortured and executed. This man was recently prosecuted for his murderous crimes, the first and only of the Khmer Rouge prosecuted. Morbid material for vacation reading for sure, but after hearing more about the Khmer Rouge from the people who survived made me feel like I couldn’t brush it off and read a lighthearted travel story. I’d be remiss to show the beauty of Angkor’s temples without mentioning this book first. It educates about what happened in Cambodia.

While Angkor Wat is the best known temple, there is a vast network of Angkor temples and cities. We visited a few and surely many more are hidden in the jungle undiscovered. Built in the 12th century, Angkor Wat was influenced by South Indian Hindu architecture, and the temple was dedicated to Vishnu. It is now Buddhist. Here are some of our photos of Angkor Wat …

This was the view during our walk toward Angkor Wat. In many photos that follow, there aren’t many tourists appearing, but believe me, they were there, everywhere: 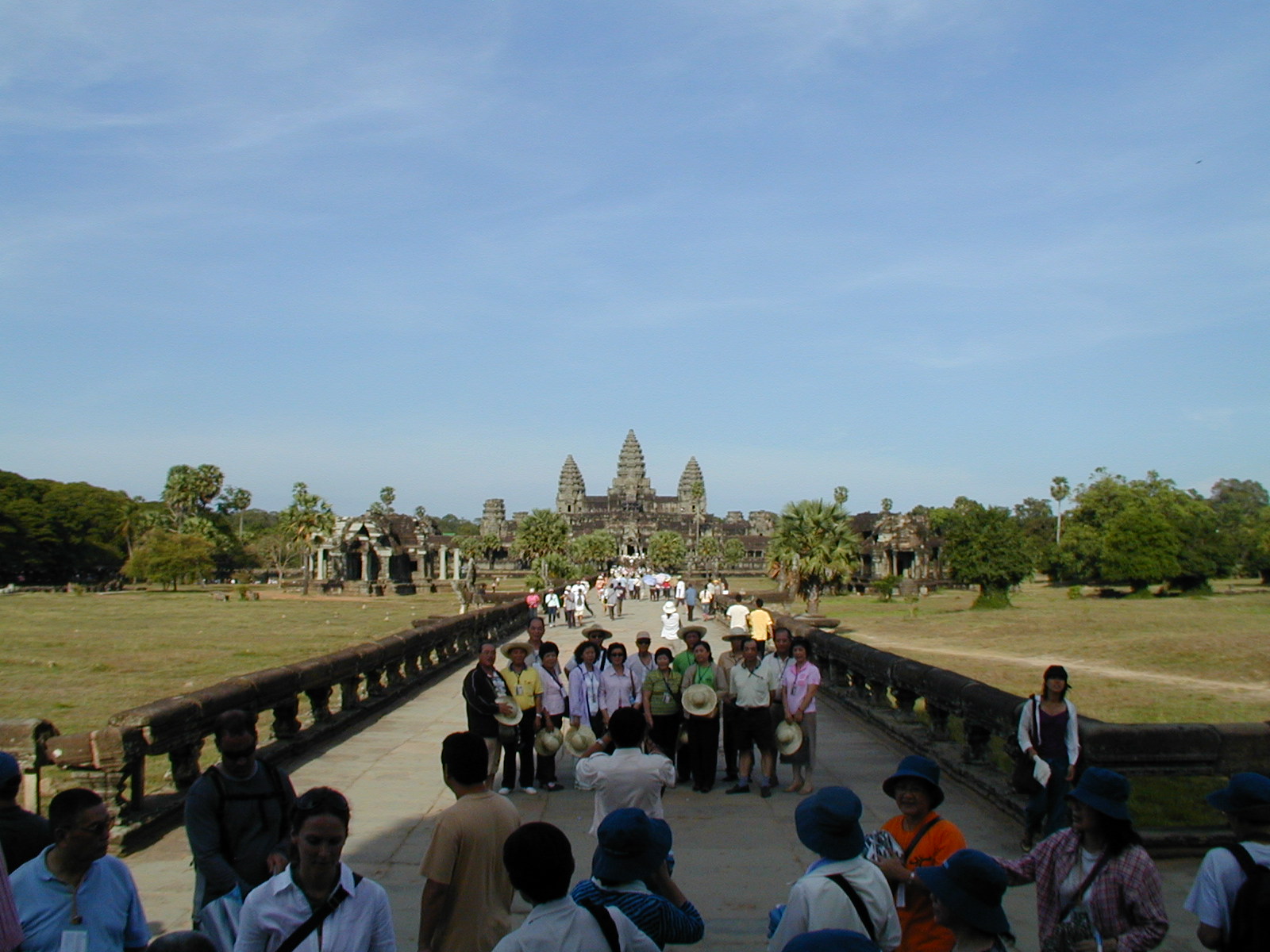 It took great patience and timing to get serene tourist-free shots. This young girl was drawing pictures of Angkor Wat for sale: 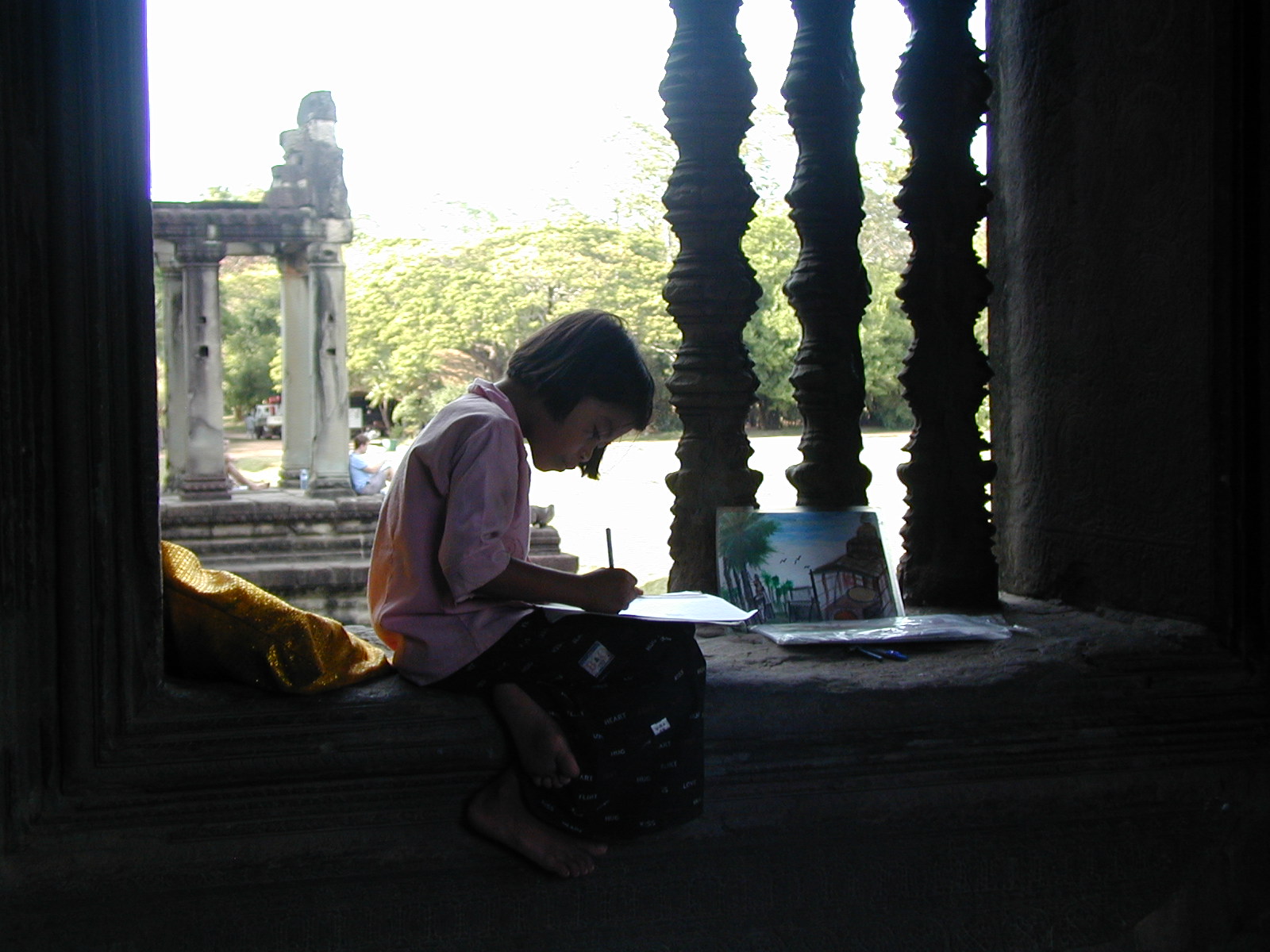 On the ground level, there is a maze of halls and rooms, which makes it feel like a vast palace. Buddhas line many of the halls. Here are Buddhas missing their heads, wrapped in saffron robes: 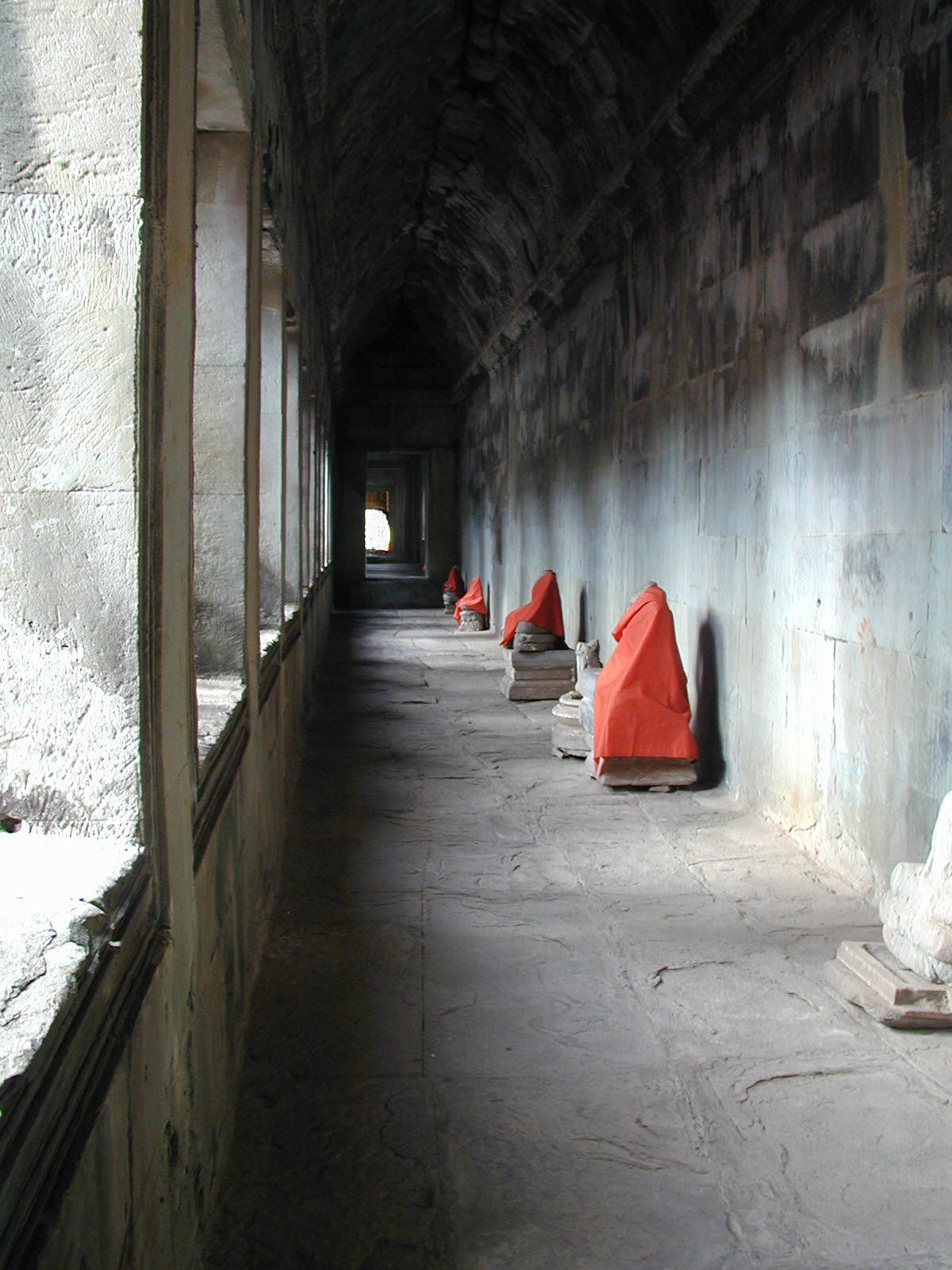 Angkor Wat has survived war to still stand today in decent shape. I was fascinated by the carvings covering every surface: 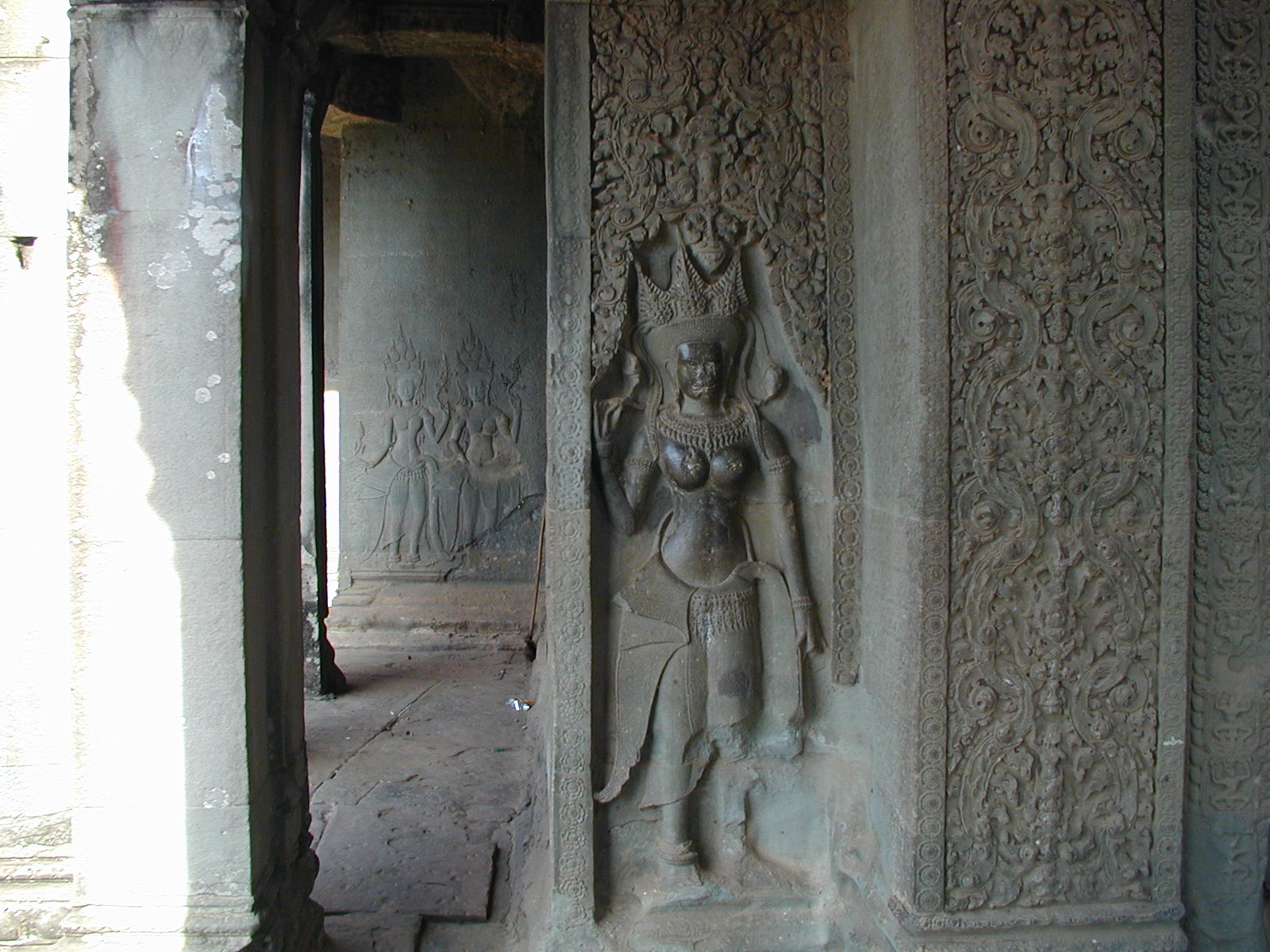 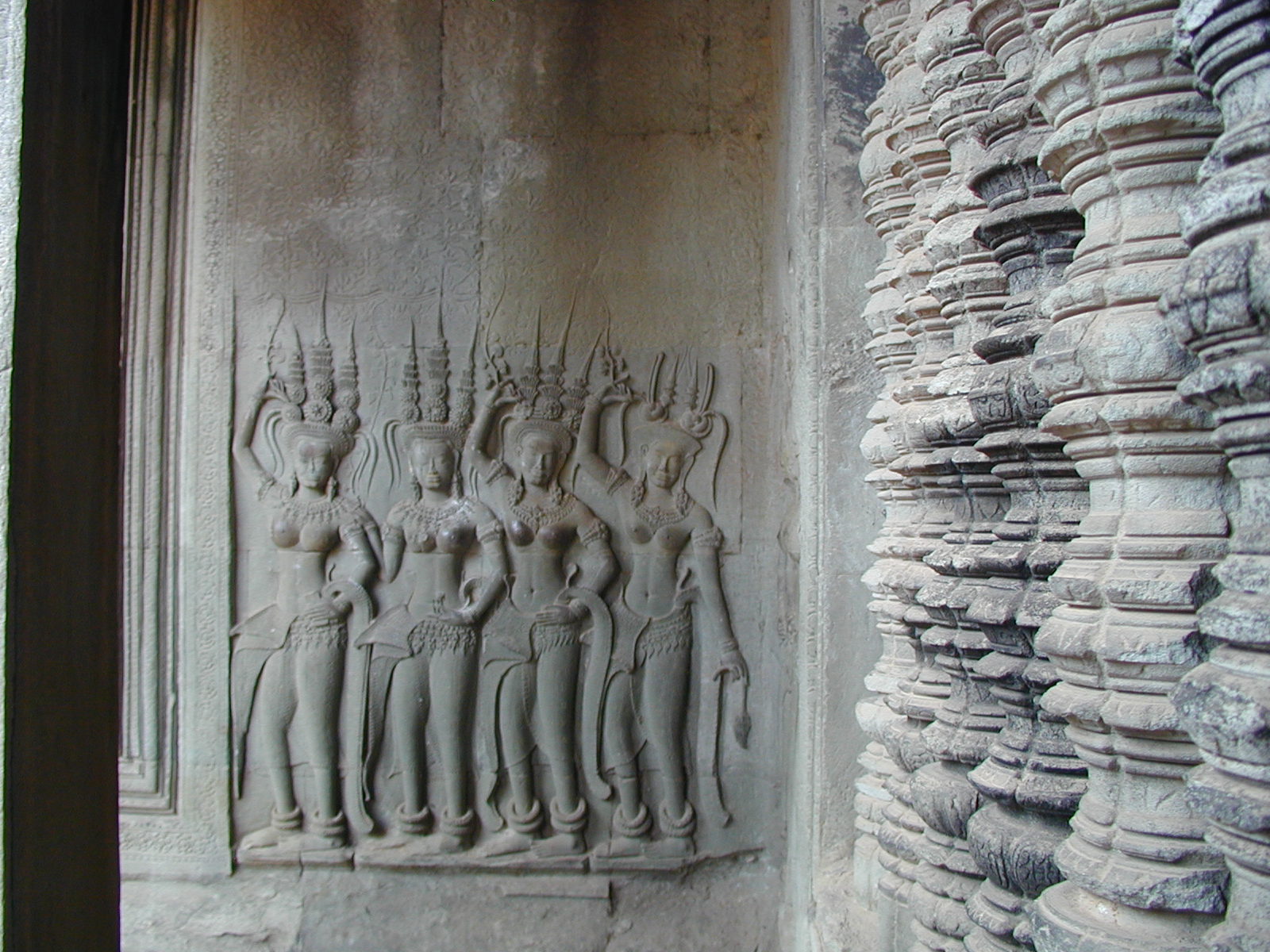 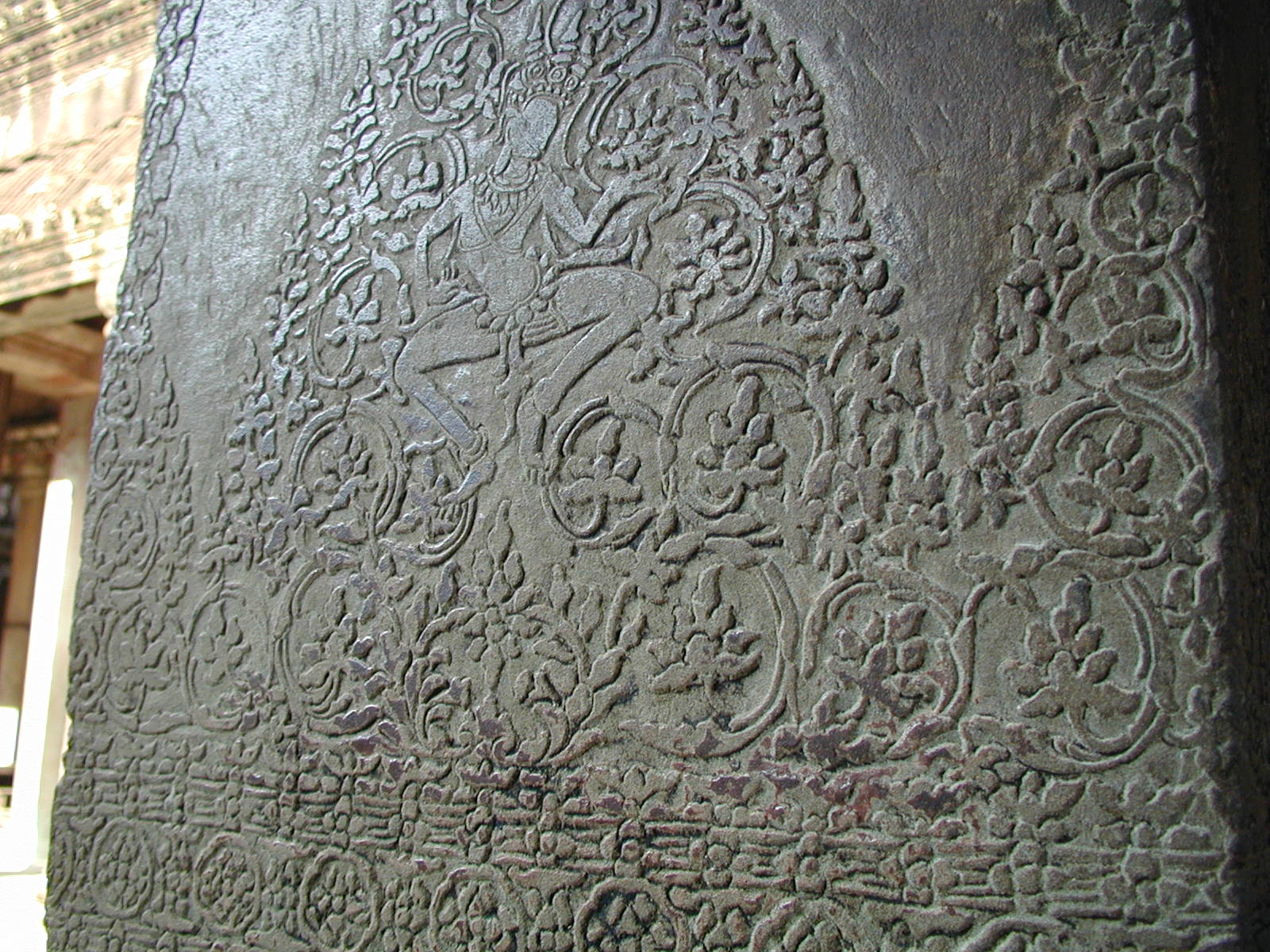 Imagine the splendor here when it had full color:

This is among my favorite photos for mixed reasons. I love the composition and the art but I don’t like what you can see in it. Mostly it says a lot about human nature:

I’m trying to share these images chronologically, because as the afternoon wore on, the shadows got longer and Angkor Wat started to turn golden: 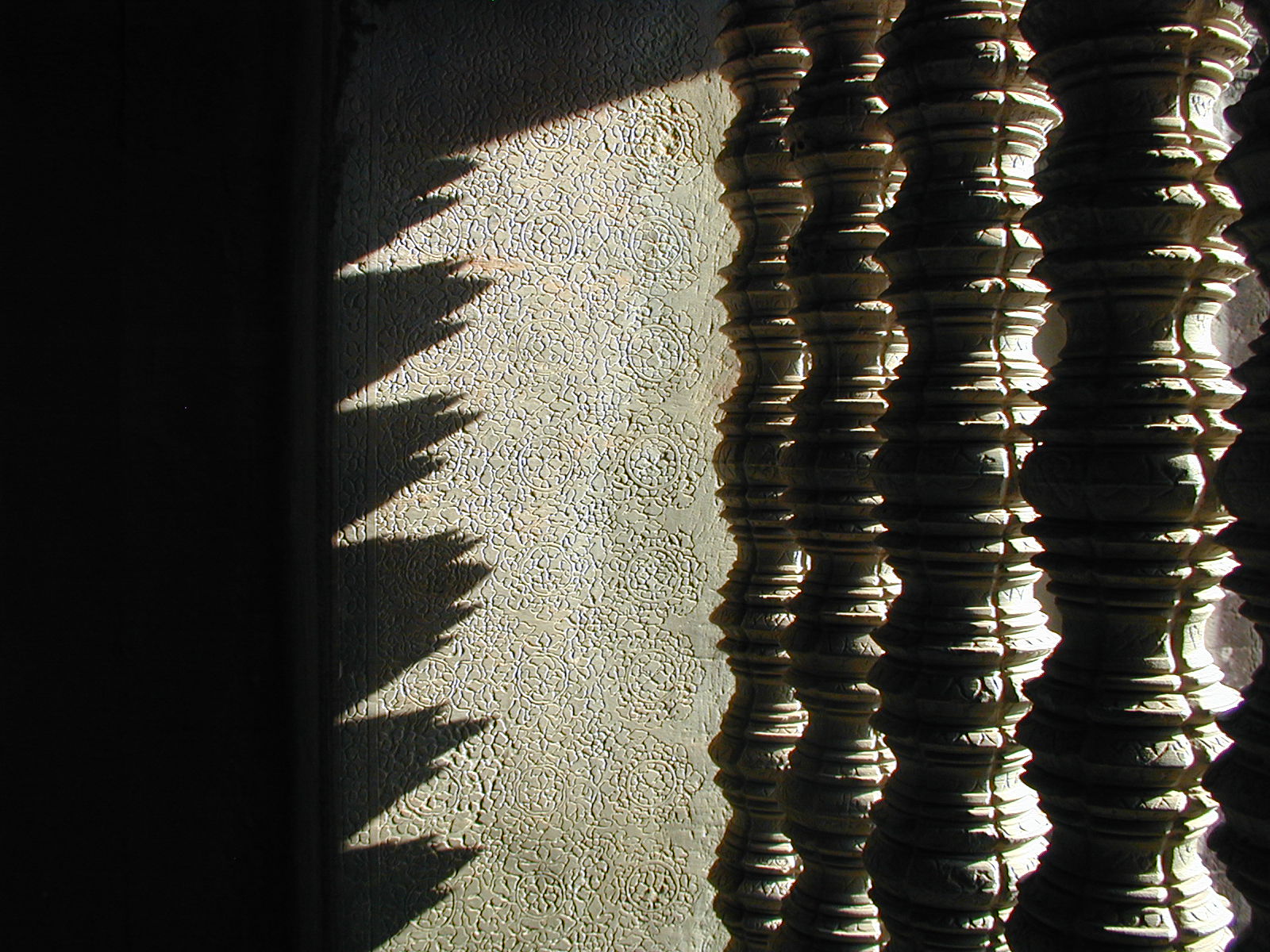 I would stand and try to imagine what it was like to carve every inch of this stone so many centuries ago. Whose hand was here at this very spot, who stood in this spot, and for how long, to carve this detail?

After you pass through what seems like a symmetrical network of halls, you reach the incredibly steep stairs that take you up to the temple. It was a bit worrisome to know that once you climbed up those steps, you have to go back down: 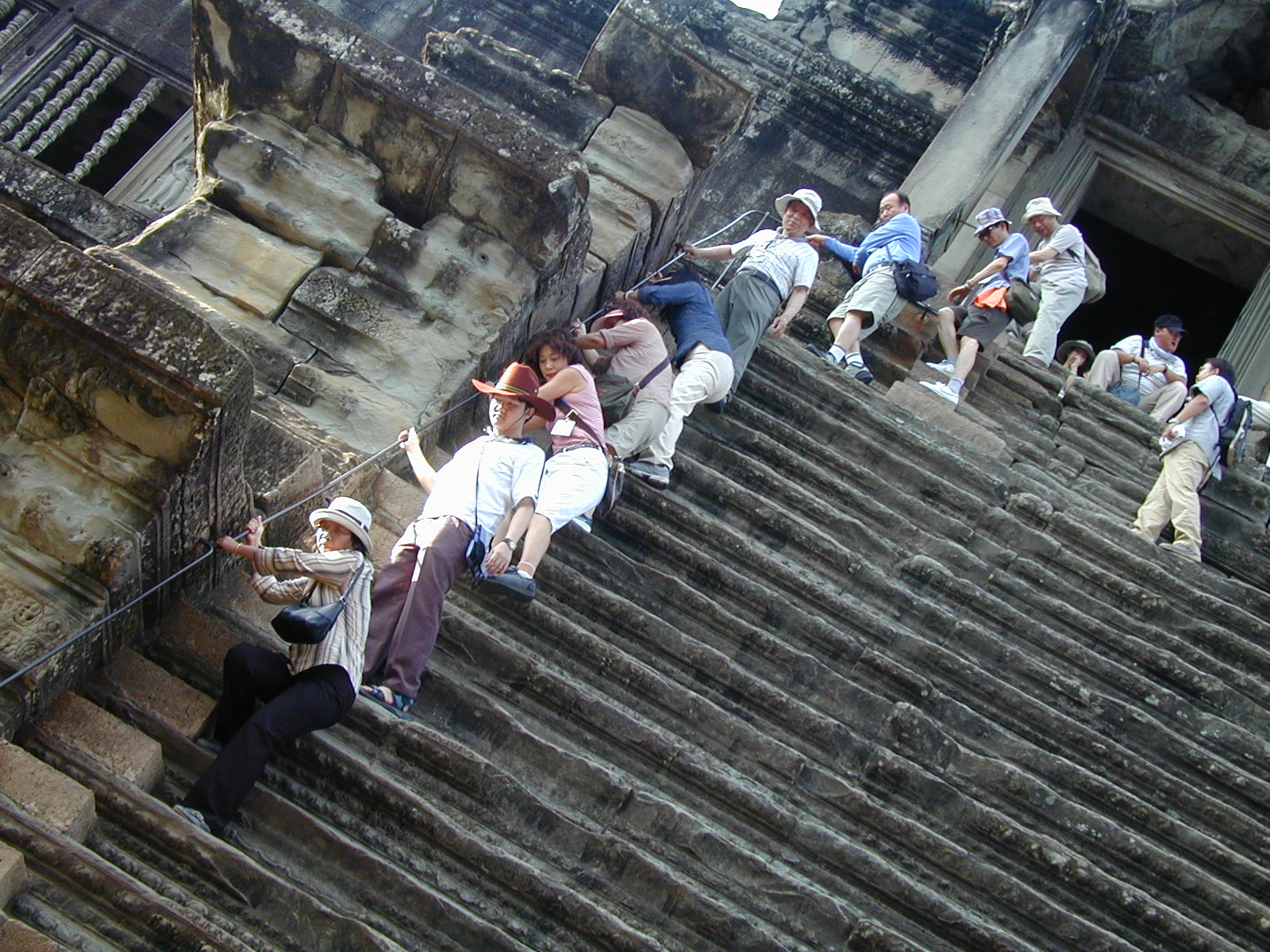 This gives you an idea of how high the steps take you: 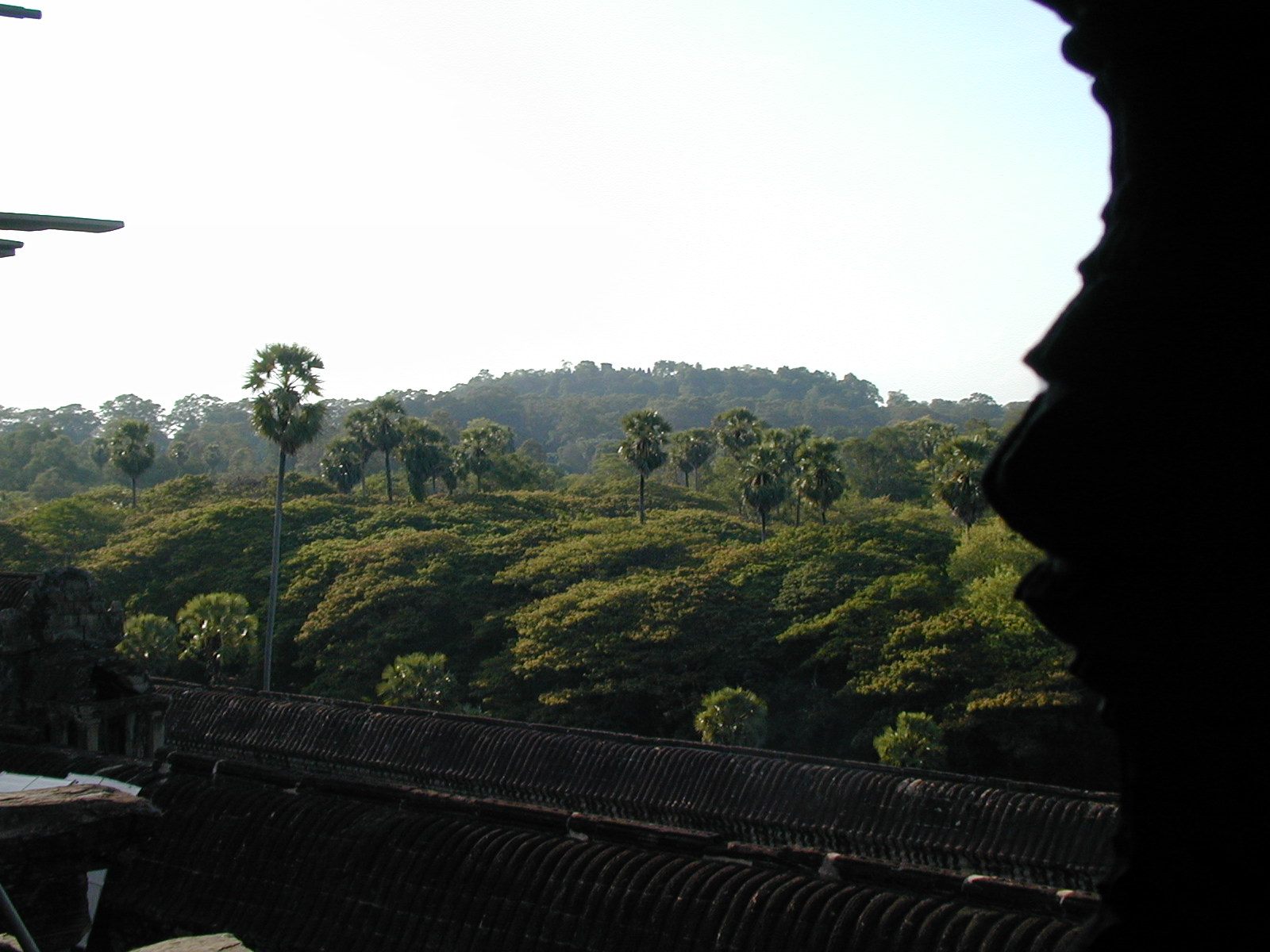 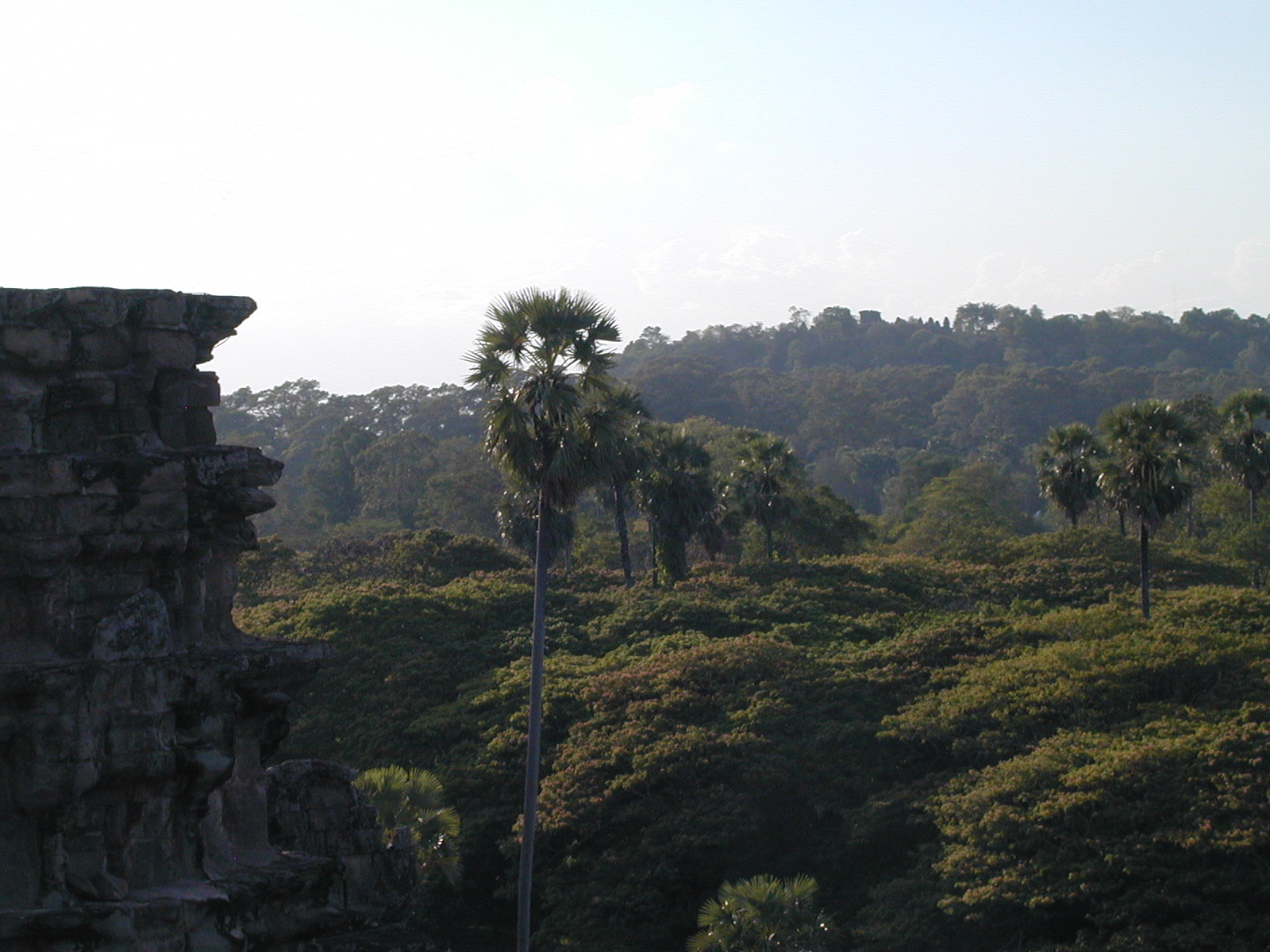 Inside this is what we find: 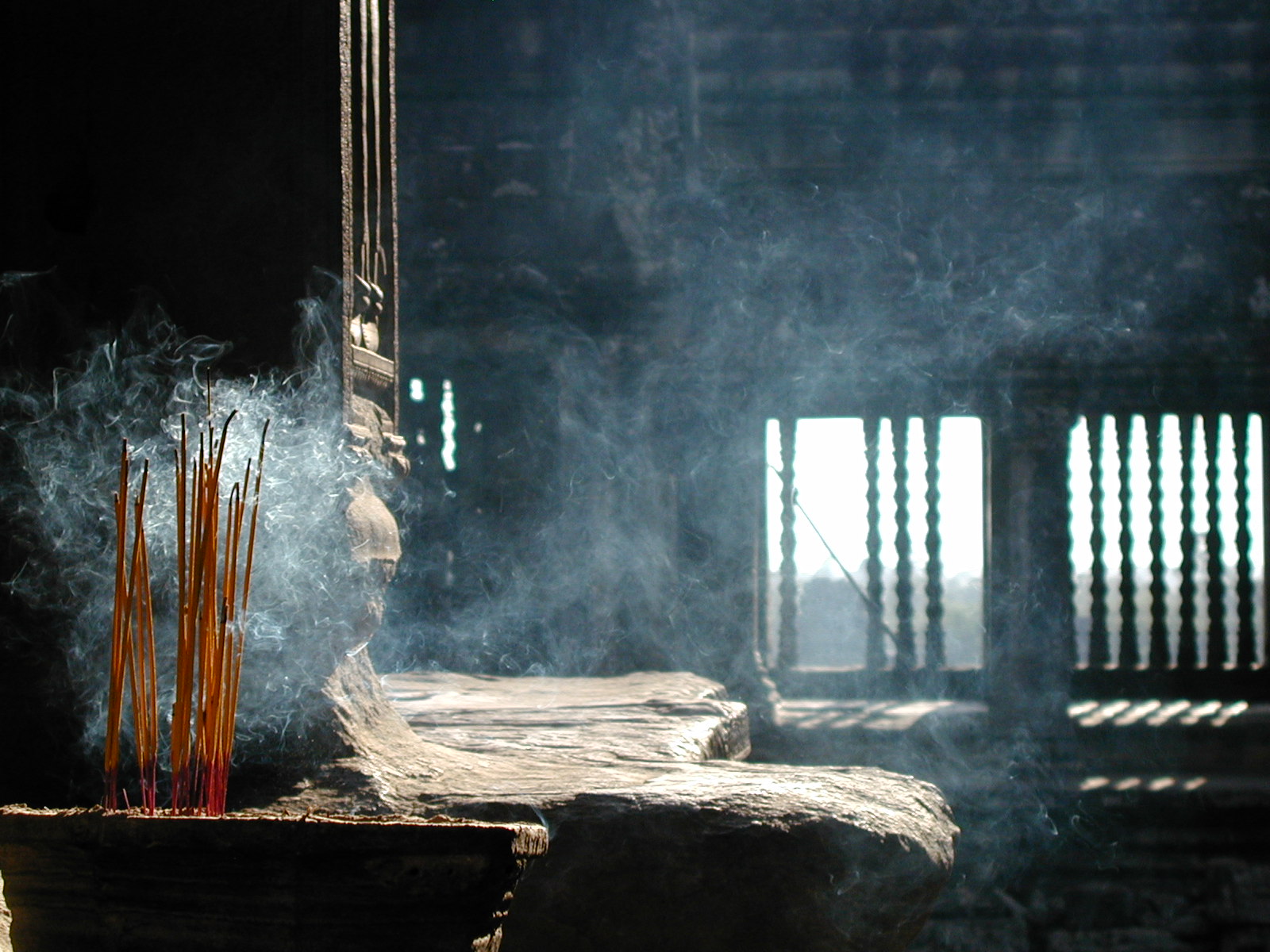 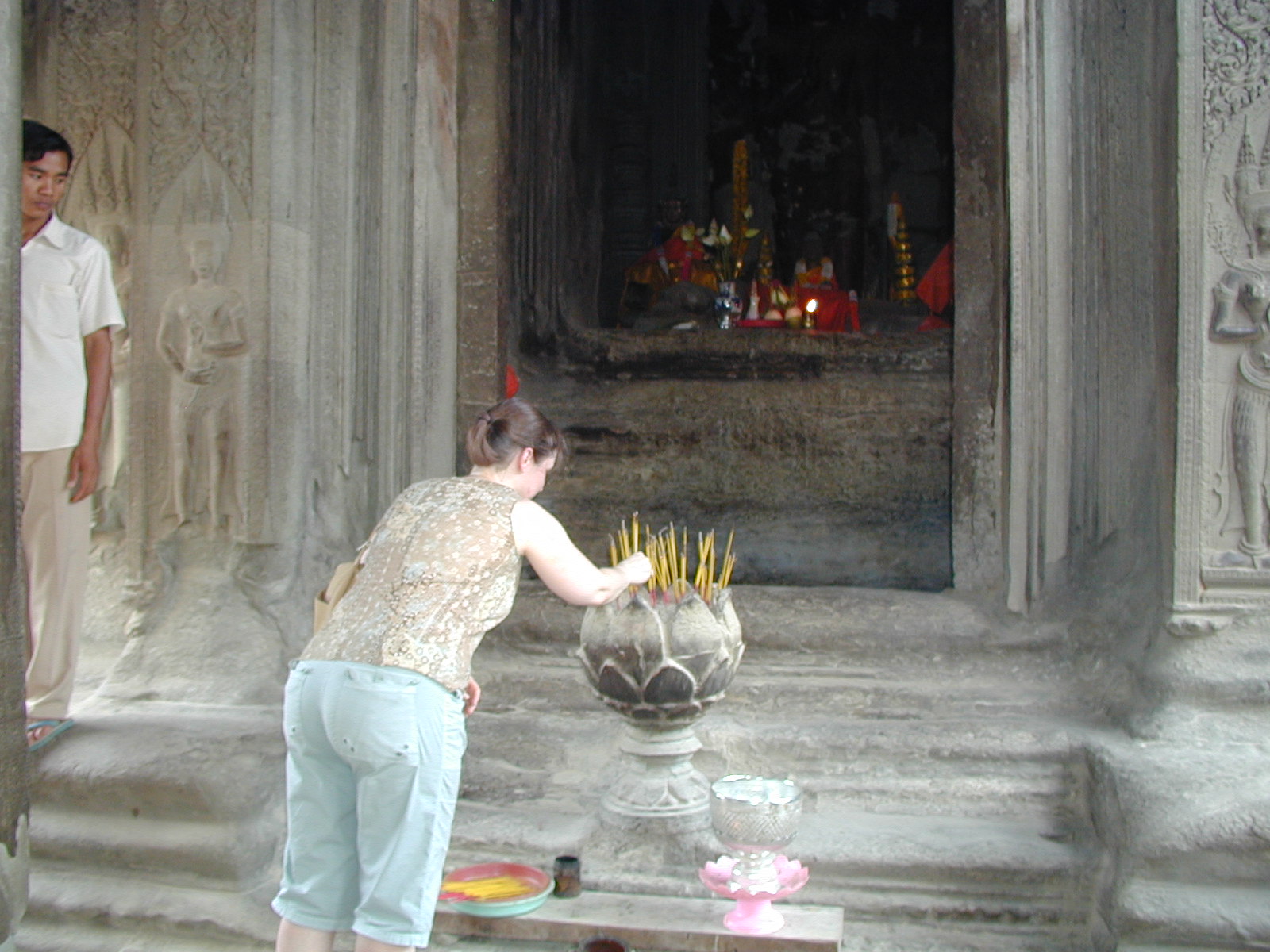 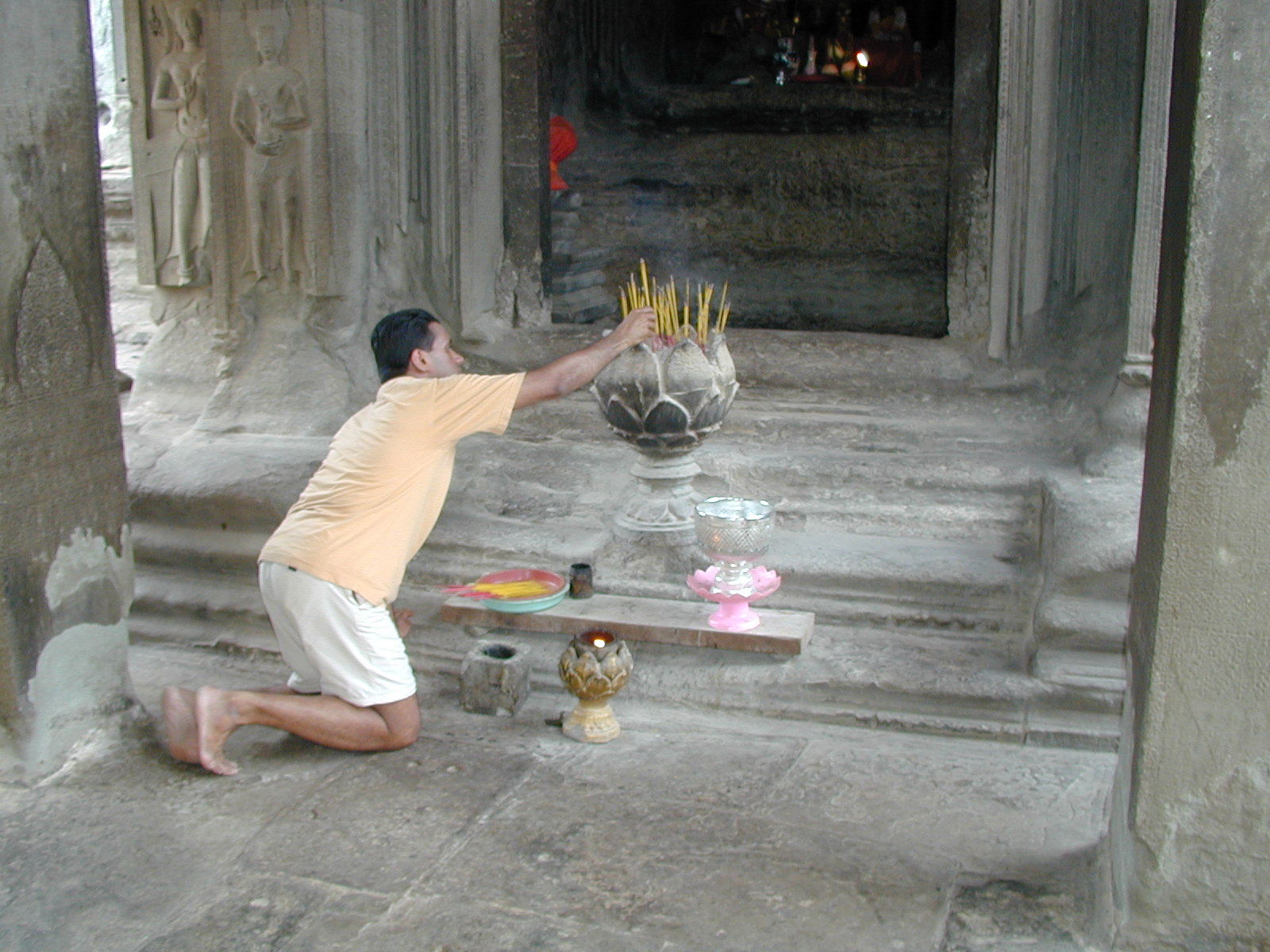 Everyone is looking for the same angles: 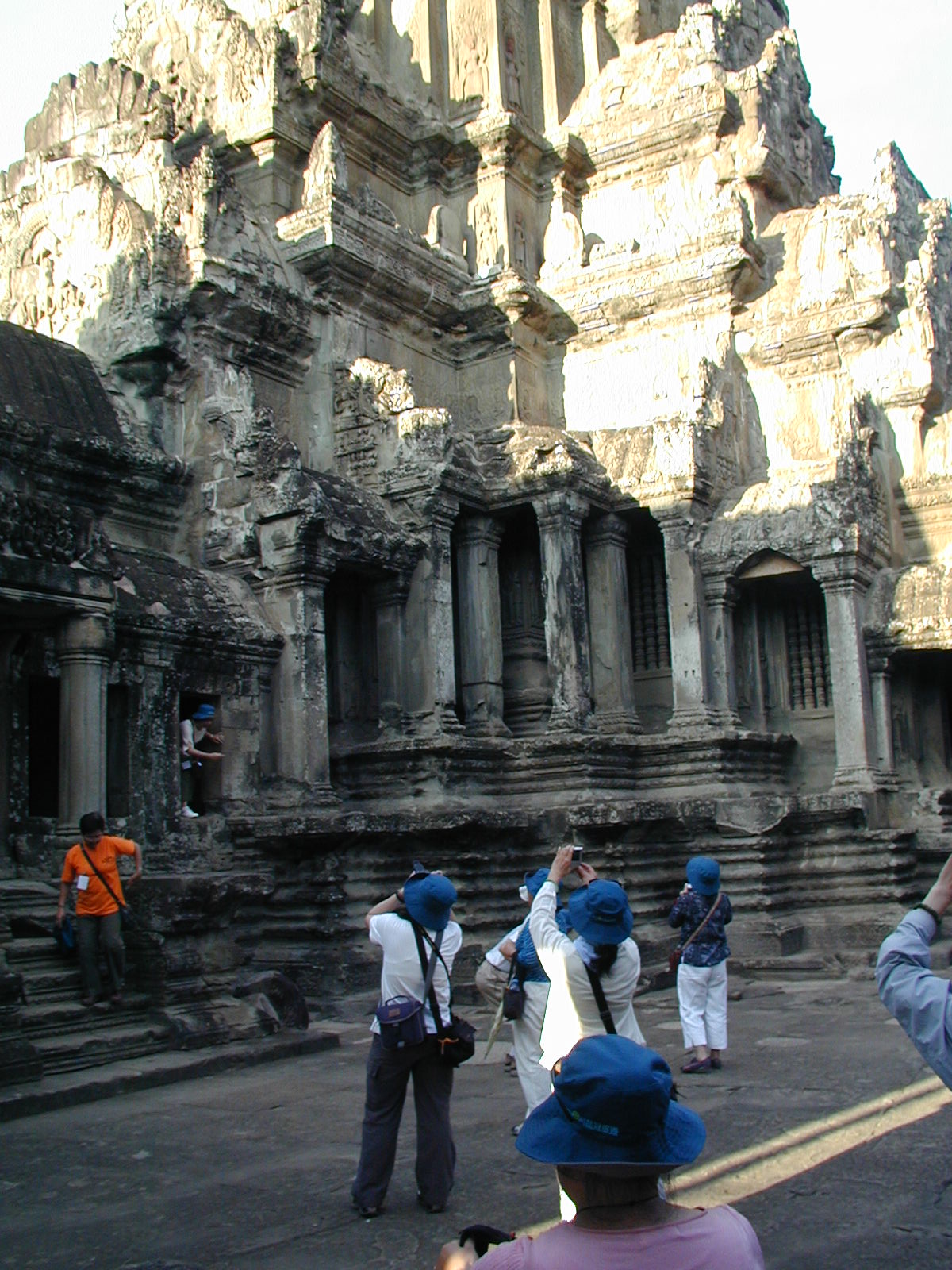 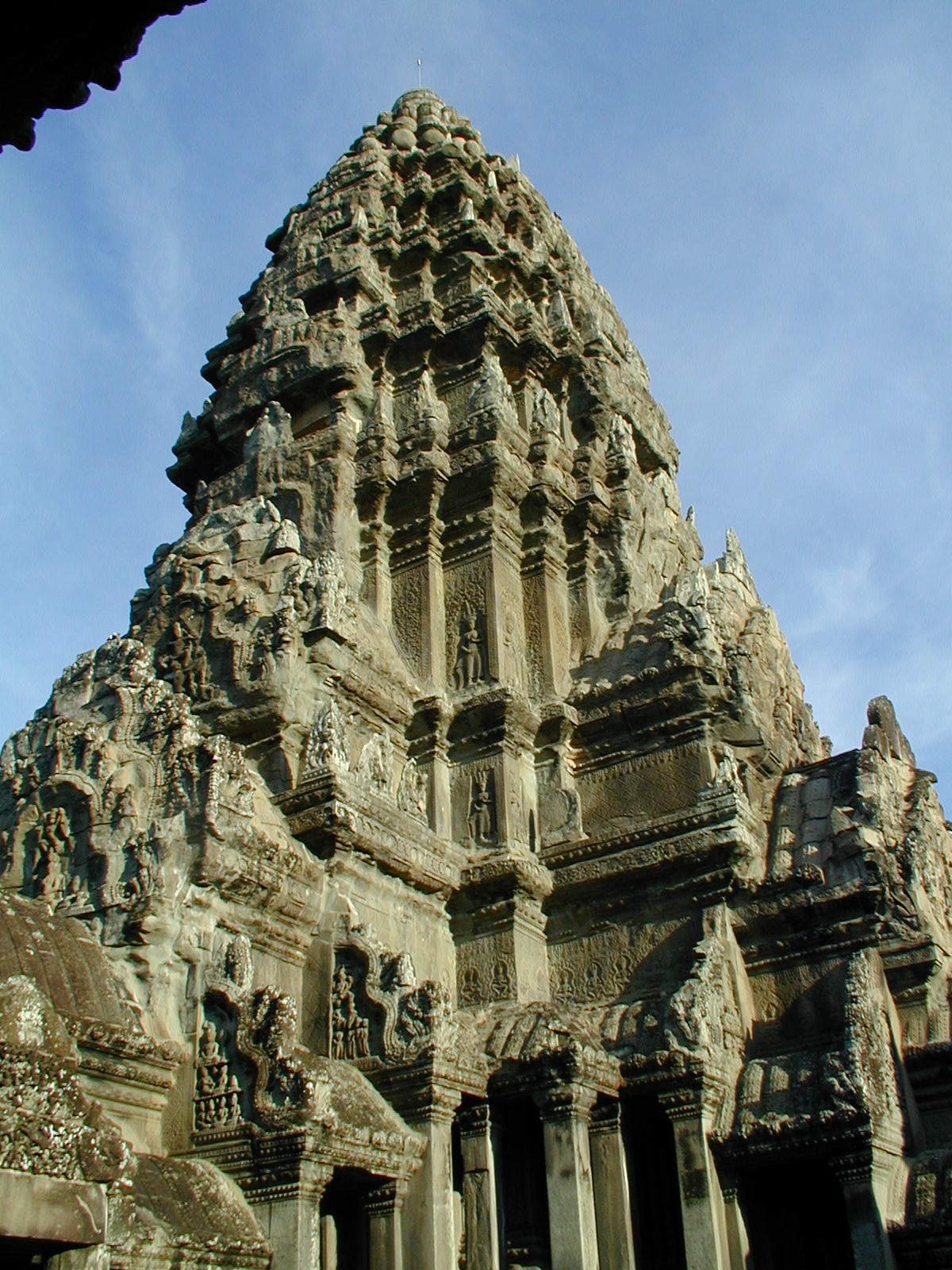 You can’t even fit the scenes in one frame, Angkor Wat is so big. There is a lot of symmetry. Apparently these were once pools of water that surrounded the innermost sacred areas of the temple — you can see a corner of them here: 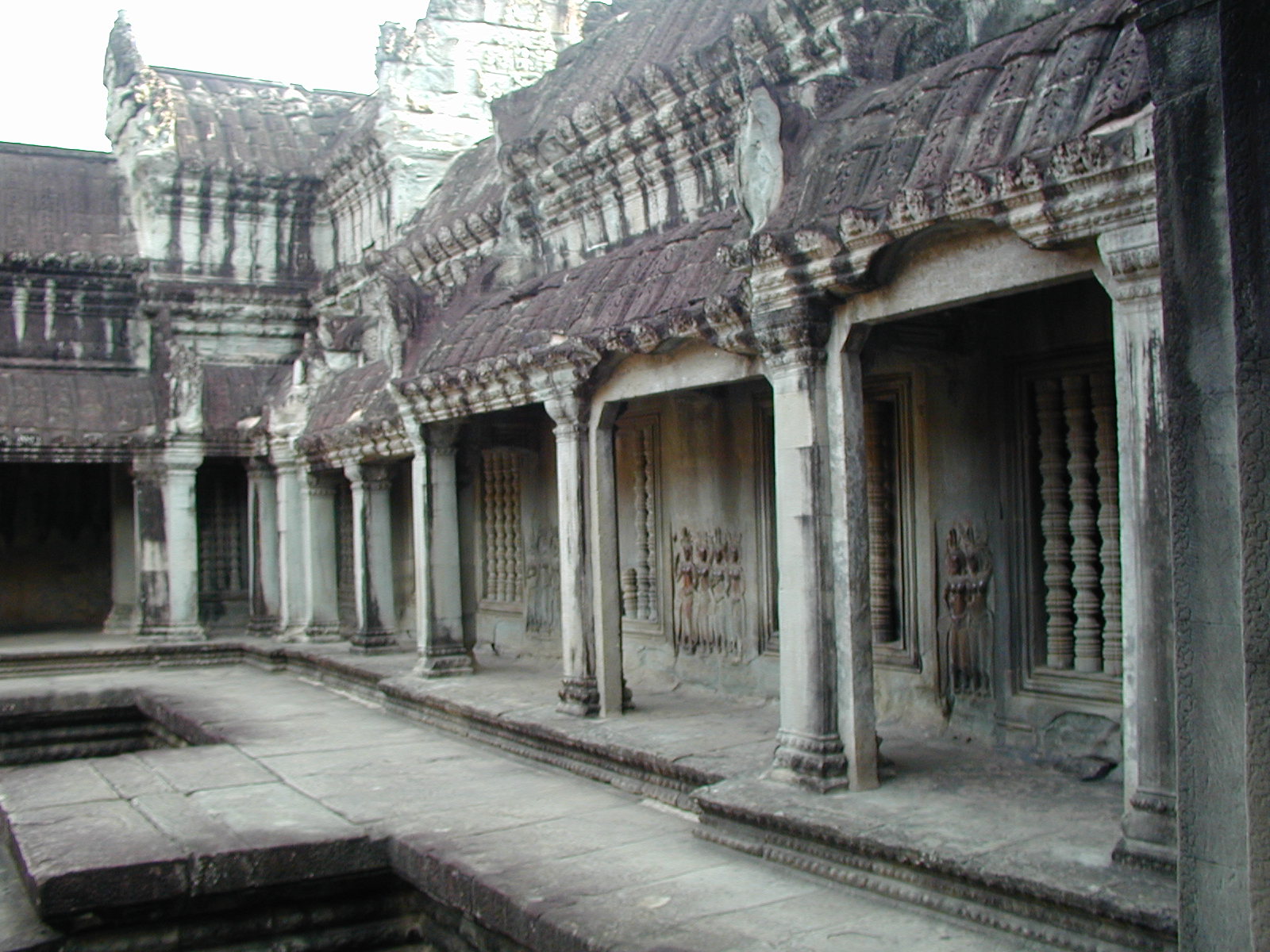 The sun is falling lower, we know we cannot stay much longer: 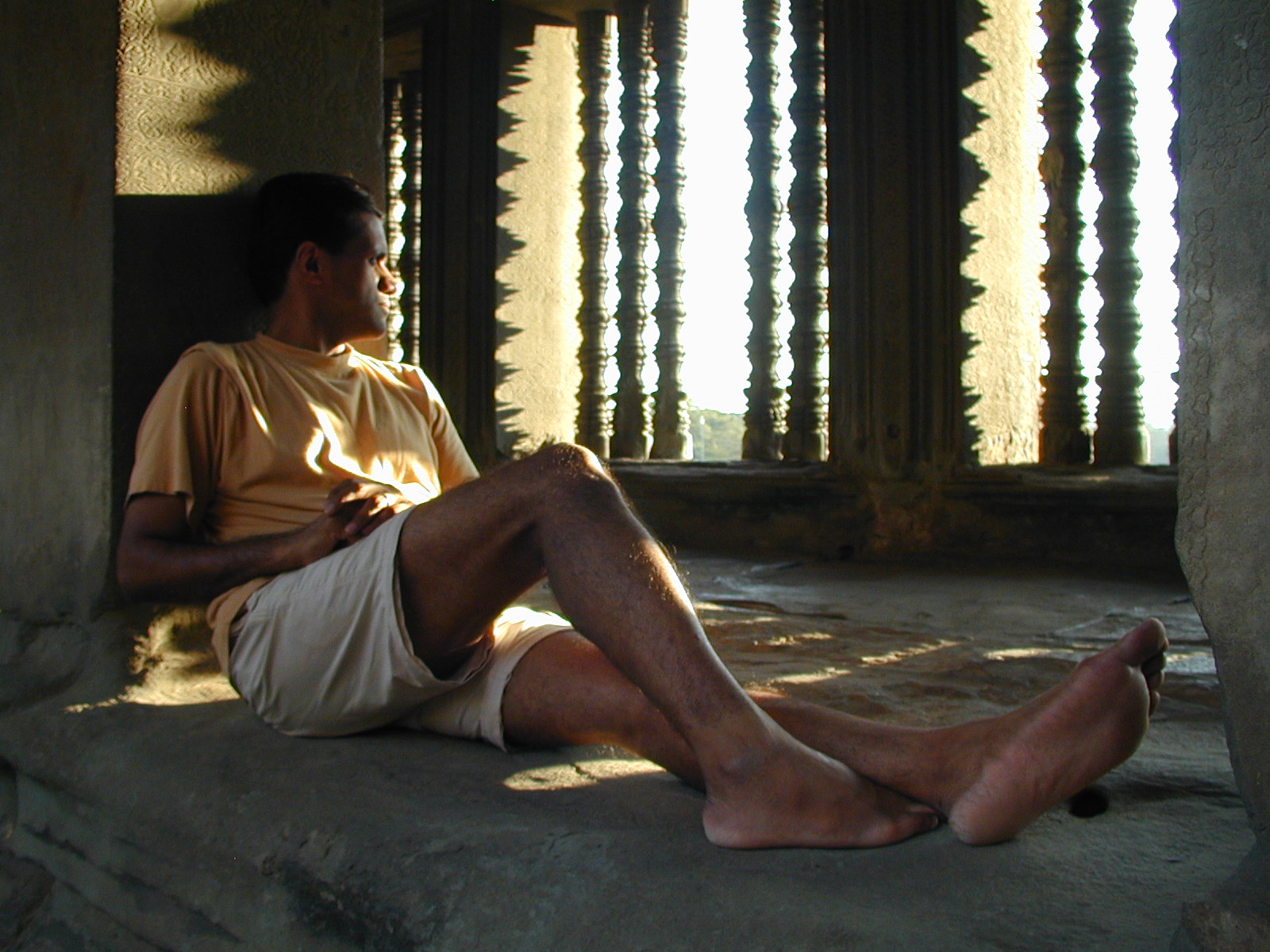 Looking through the window, you can see the hot air balloon in the distance that takes tourists up for an aerial view: 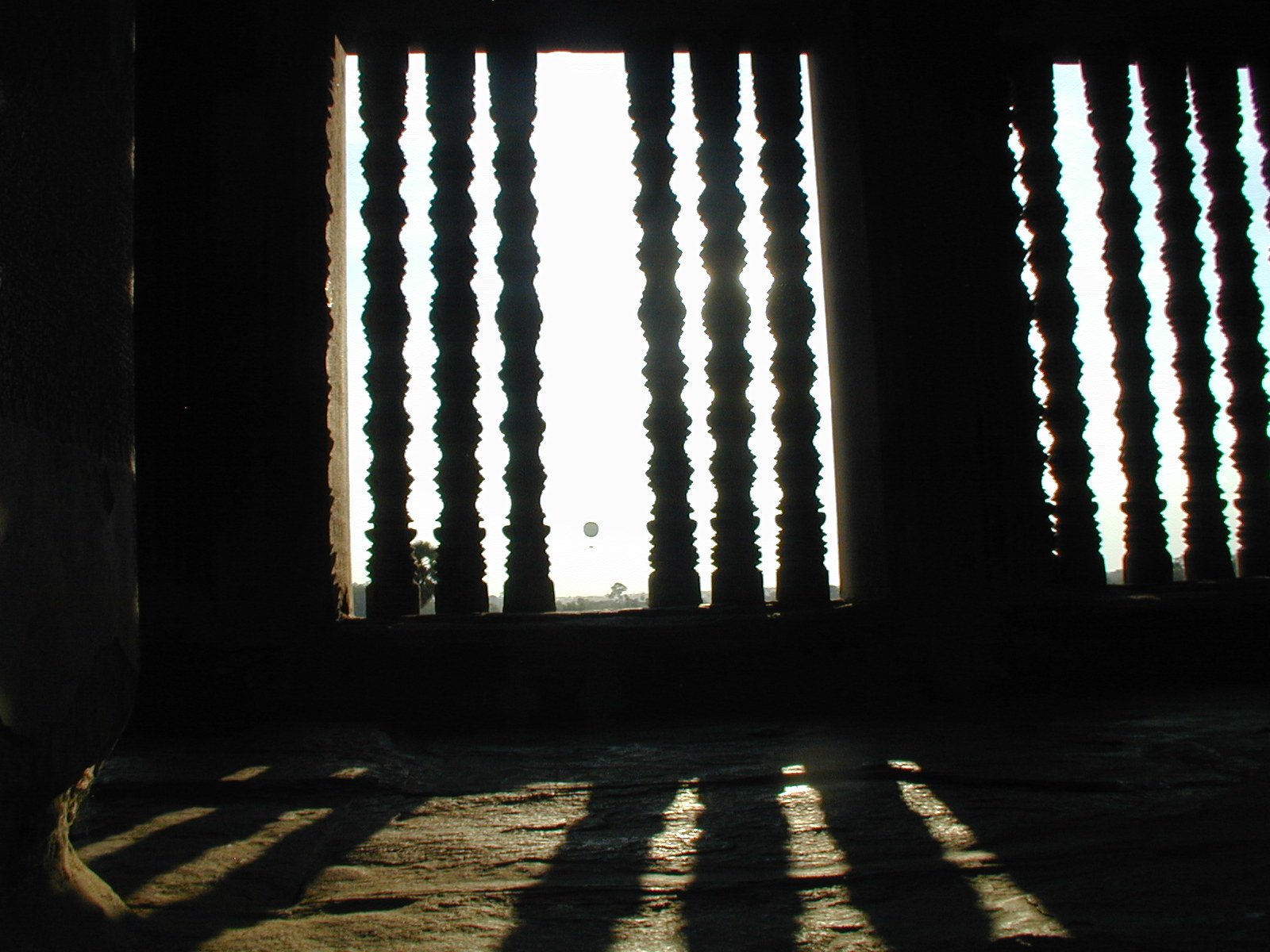 Guards come through to tell us Angkor Wat is closing, we must make our way back down and out. I don’t want to go, but I also wouldn’t want to stay. I sense there are many spirits here that should not be disturbed at night. Our last glances of Angkor Wat: 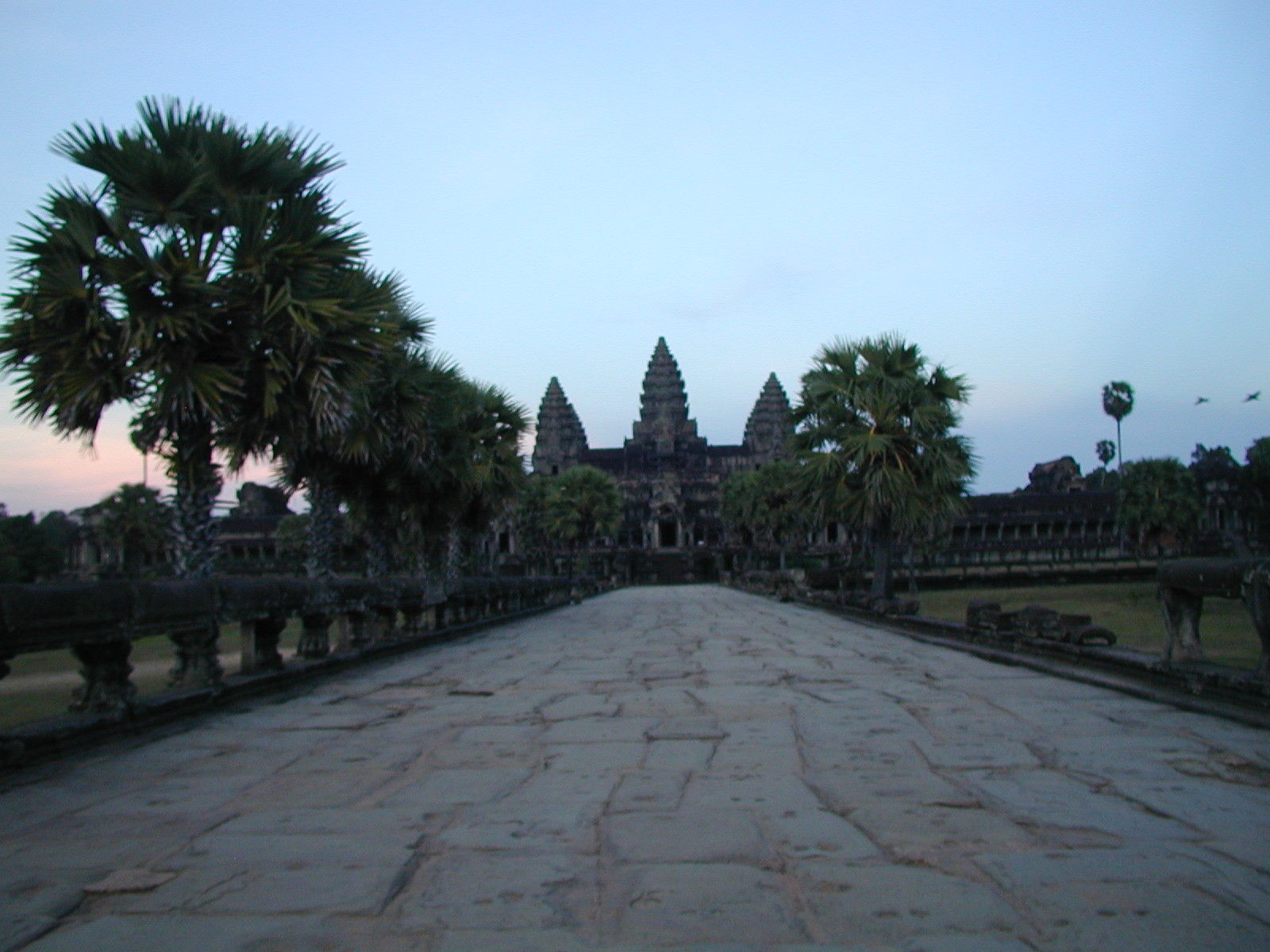 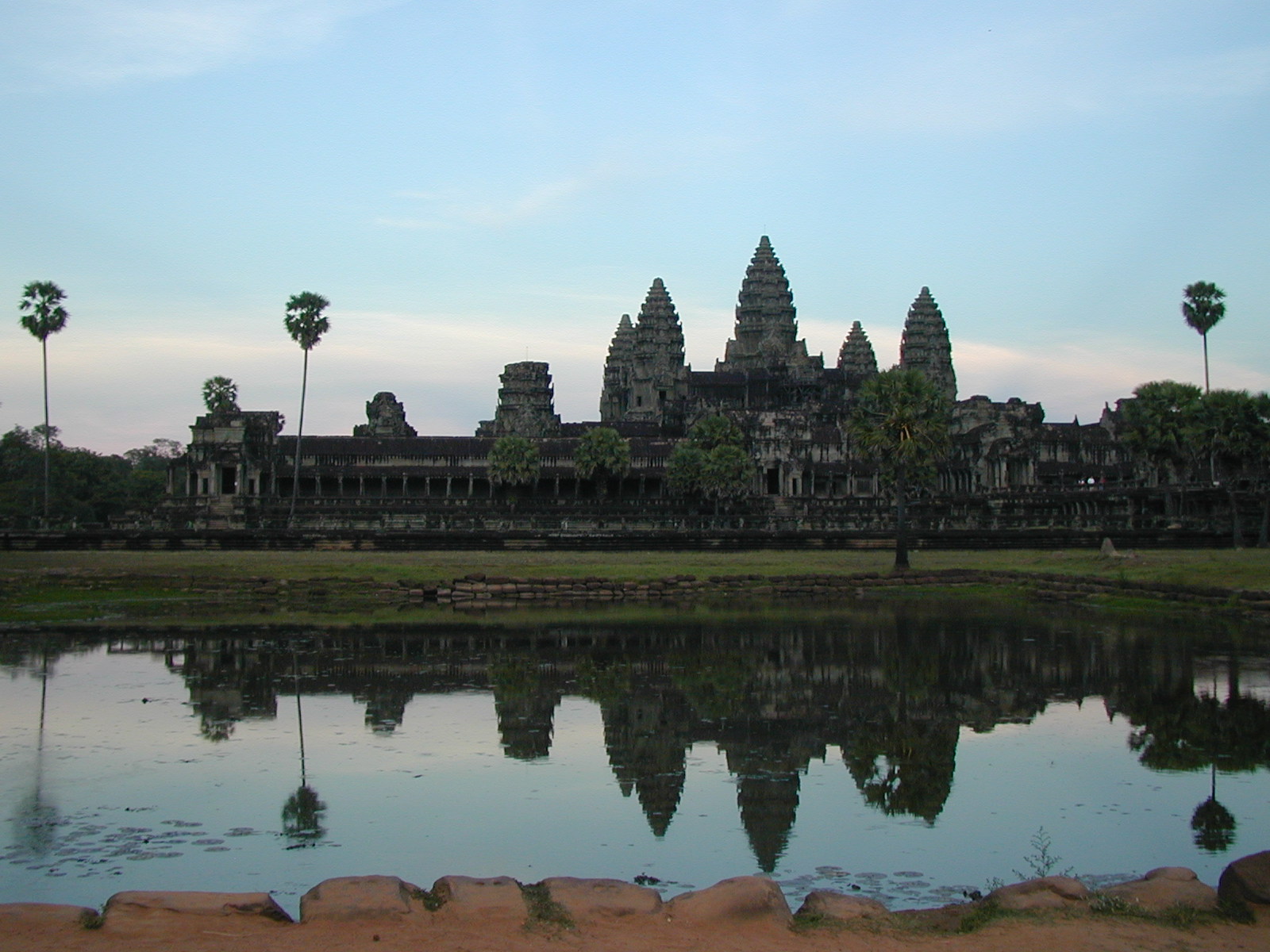 Revisiting the photos brings a lot of things back. I haven’t traveled much in the past few years. Really itching to go, go, go …