I have the easy job: research ideas, get inspired, edit the ideas, go shopping.

Many more people are truly making the India pied-à-terre happen. Here’s introducing a few of them. Everyone has a team of people behind them so often there are a lot of people in the apartment working at one time.

Discussing under-cabinet lighting with the electrician: 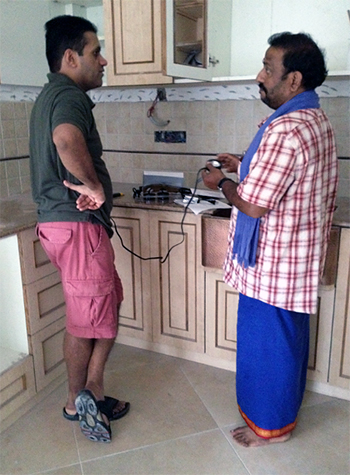 The electrician took us to lighting and ceiling fan stores. Ceiling fans are important in India. I’ve written previously about unique ceiling fan inspiration. The fans we chose are different than I originally envisioned — I wanted to hold out for fans from a Fanimation dealer in Mumbai. But we want to get this place nearly done during our short time here. So we chose simple copper fans accessible nearby in Chennai. 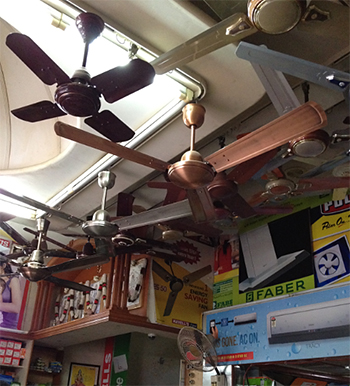 The architect (who’s serving somewhat as general contractor role although that’s falling primarily on my husband to do) and the tile guy, here discussing installing glass shower doors and the remaining tile: 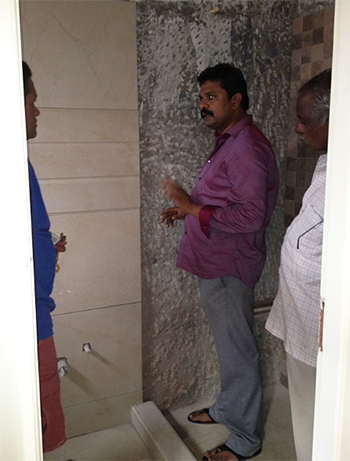 My husband and his sister (who also has an apartment in the building) reviewing plans with the carpenter. Because we live in Chicago and my sister-in-law is obviously much closer to the apartment, she has borne much workload lately and we are grateful for this. As she jokes, she has spent more time helping complete our apartment than time she spent on her own! The carpenter primarily speaks Hindi, so my sister-in-law is helping translate: 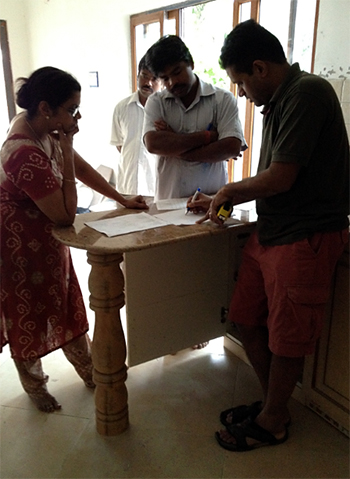 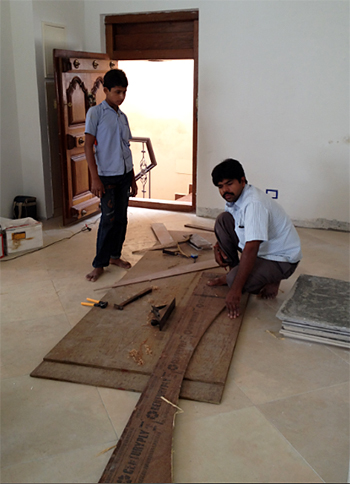 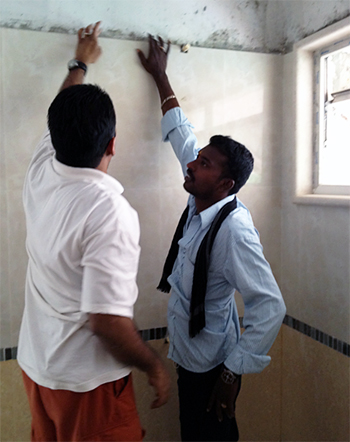 One of the family’s maids, who has been trying to keep the apartment as clean as possible between construction work. Just before this photo, she was frantically clearing water off a balcony to keep it from overflowing into the apartment — an insane amount of rain fell here last week. 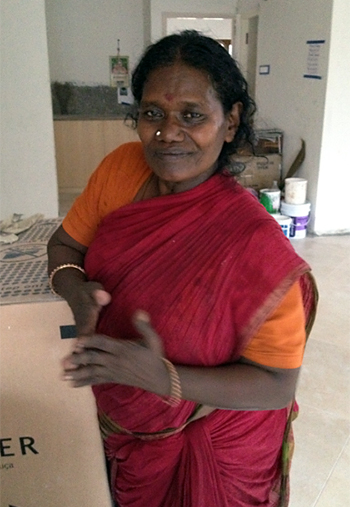 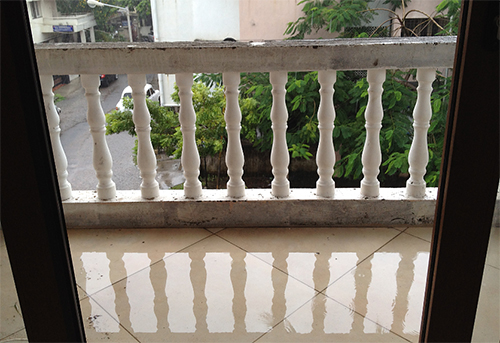 After this near-overflow into the apartment, we got more drainage pipes installed into the balconies.

2 Replies to “People Behind the Scenes”