An ancient Hindu temple is being rebuilt in a rural South Indian village that’s two hours by road from any major city. It was over-run by roots and branches but people cared enough to want to save an old temple. These are some images taken by a photographer for the restoration committee, before work began: 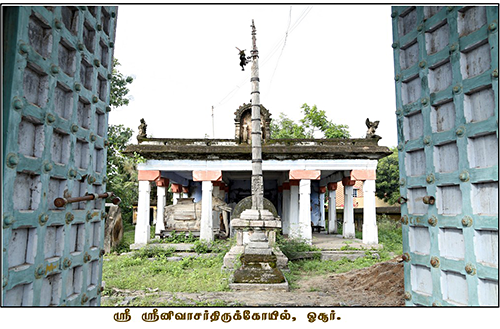 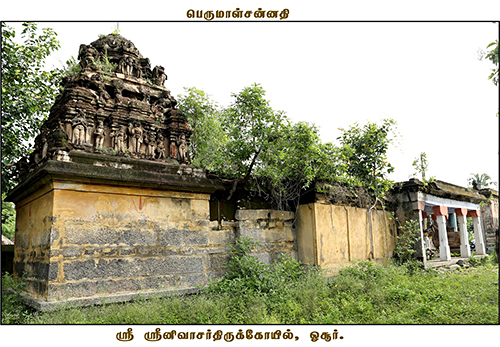 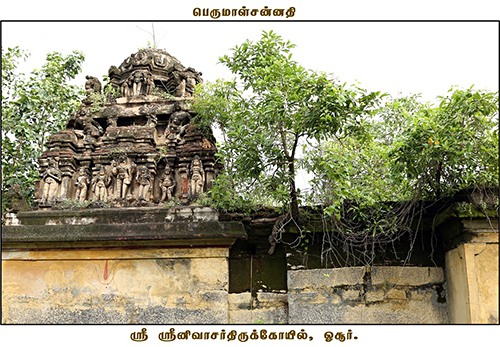 This photo was taken by my husband when he visited the village. He said this felt like our own personal Angkor Wat: 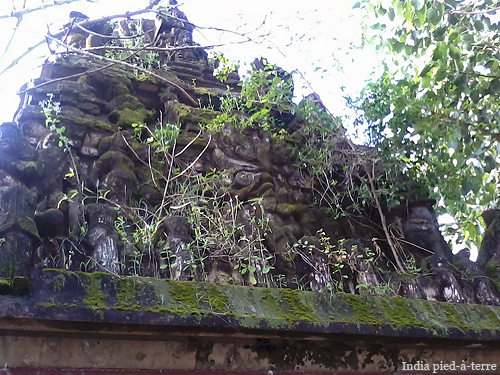 My husband’s great-grandfather once lived in the village, on Brahmin Street. Back in those days, each caste lived on a separate street. Many people have left the village and headed for Chennai or other cities. Brahmin Street is now the most deserted. Here’s a house on that street: 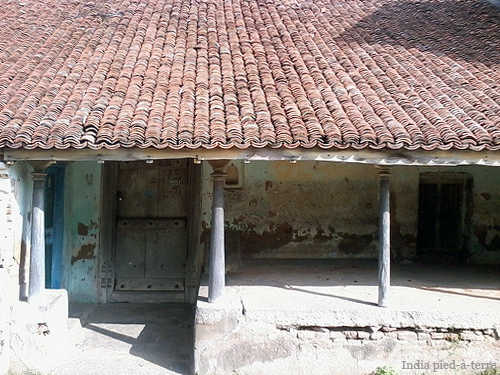 Here’s a view on the street: 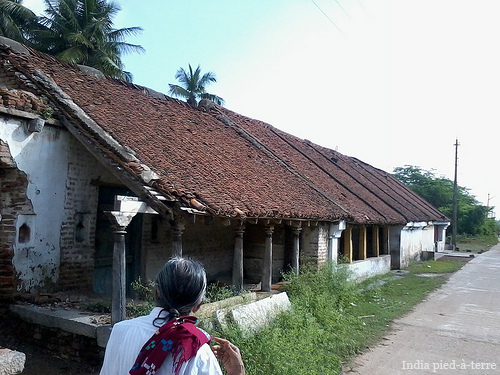 Here’s a house that’s at least 100 years old, with the traditional courtyard in the middle: 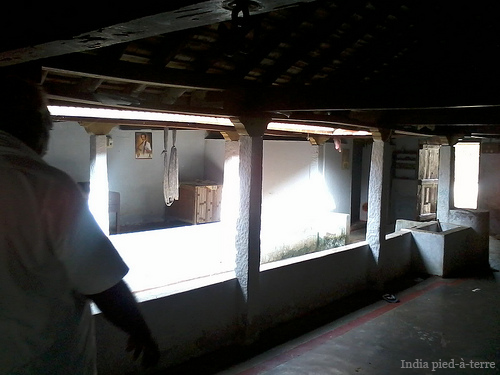 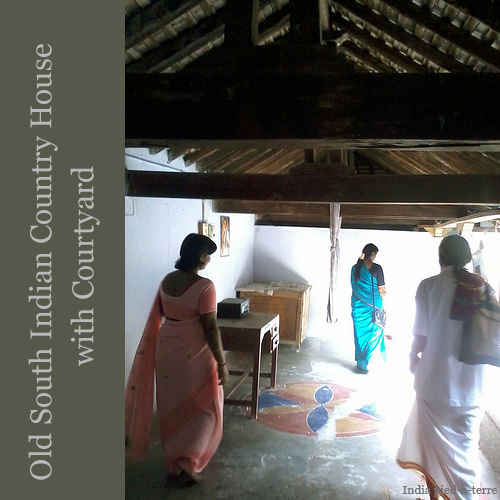 Unfortunately they can’t figure out which plot or house was the family’s ancestral home.

Once the temple is complete, it will be promoted. People will visit. There’s already talk about people buying plots on the partly-deserted Brahmin Street and developing them. Oh we know where this can go. More new concrete boxy structures.

We heard the cost to buy a plot of land on Brahmin Street is less than what I spend at Starbucks annually for a latte a day!

So here’s a crazy dream … of building a traditional style courtyard home in the village. Here’s an example of a small columned courtyard in a South Indian home that’s been preserved by DakshinaChitra, featured at Shadows Galore (which also has a wonderful write-up about DakshinaChitra): 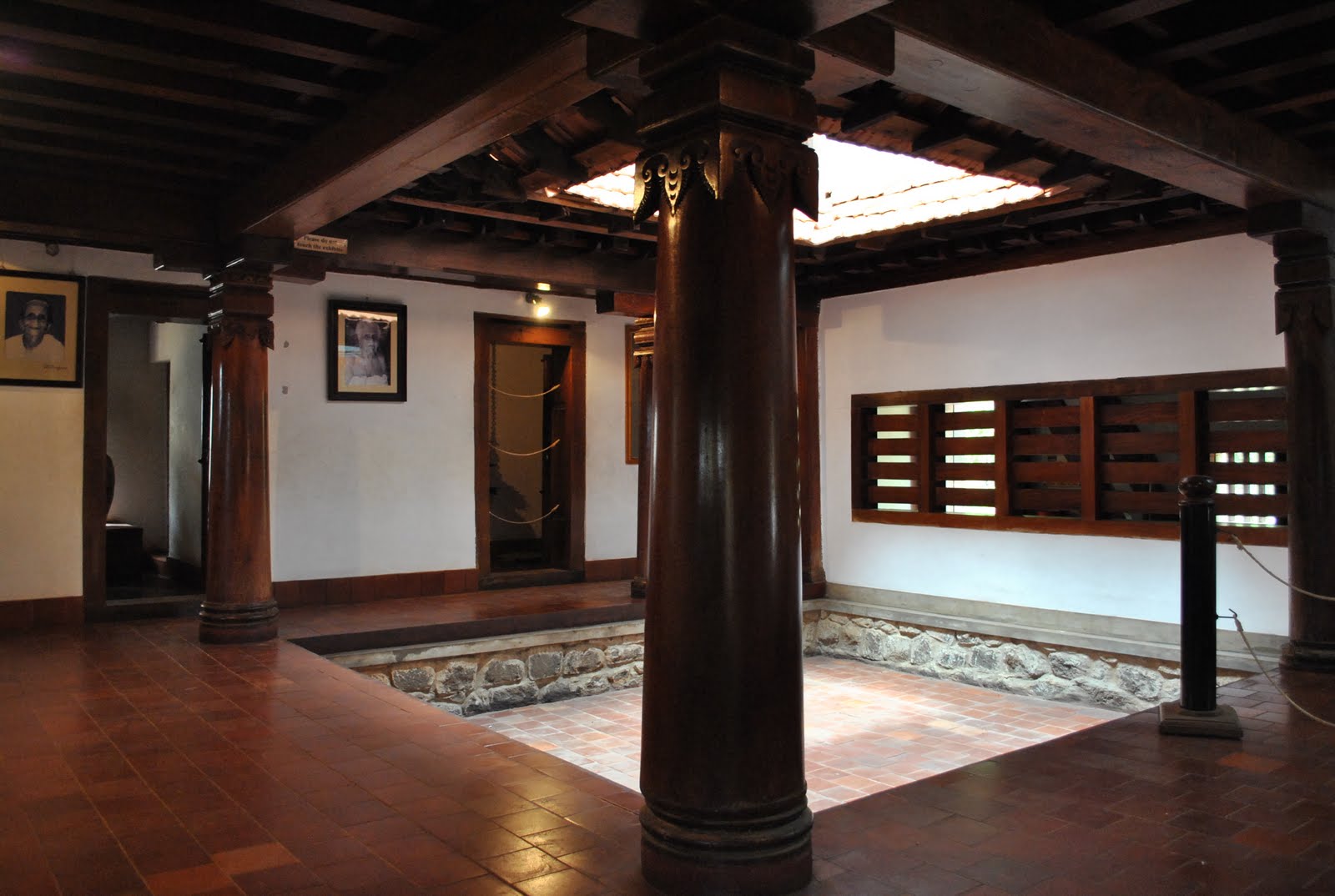 People would go this country courtyard home to get away from it all. To rest. Meditate. Go to the temple. Read. Eat. Laugh. Restore themselves before heading back to the city. Here is what I see …

Natural materials and colors. Curved arches, wood, stone with some softness to cushion the hard surfaces. Like this room in a Mykonos home, at Houzz:

It would be white and light. Like this room at UXUA Casa Hotel & Spa: 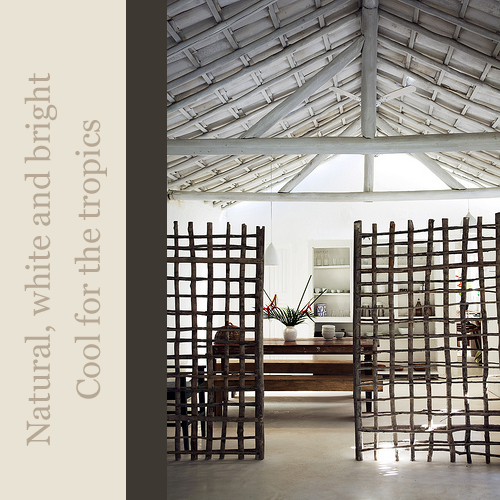 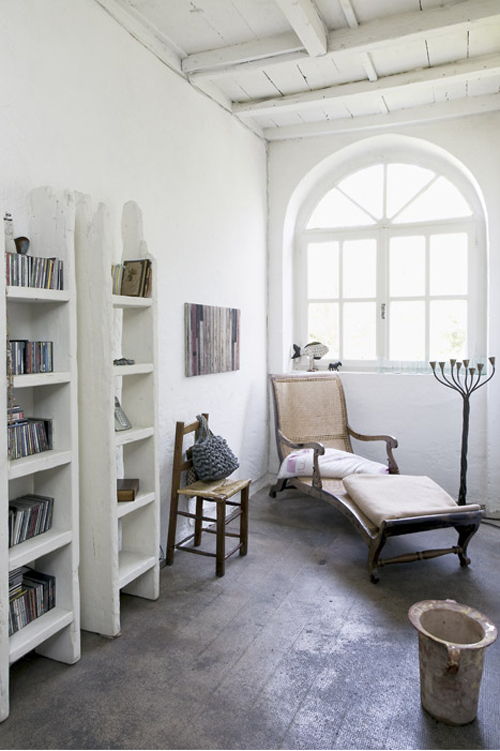 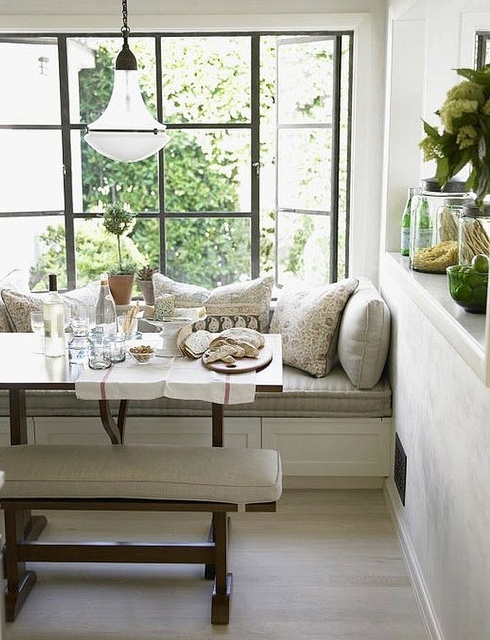 Note the pillow with paisley designs like block prints.

And for the bedroom, how about something like this, via zaINTERIORA: 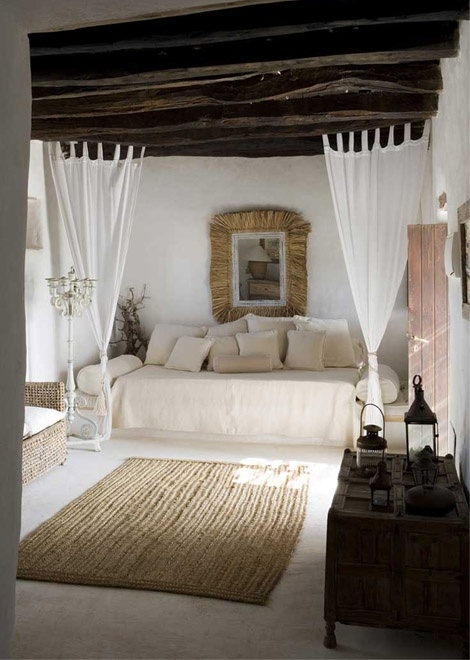 Oh my goodness, this is making me want this to be a real place now!