After three years blogging here, I rarely post photos of me or discuss my life, because this blog really isn’t about me. But there were so many clicks on a photo of us at the Taj Mahal that I recently posted on Pinterest, I thought I’d share a bit. Plus I’ll be at Haven in a few weeks, meeting so many of the people behind the blogs I visit and I’m really looking forward to that.

Here we are at the Taj Mahal – we were lucky to visit on a voting day when there weren’t many people there: 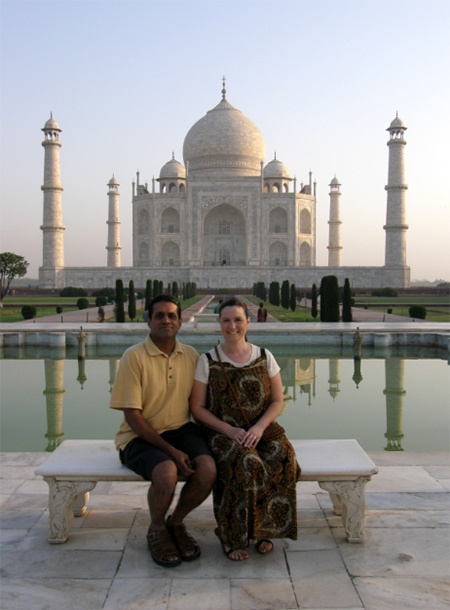 Here’s a few facts, maybe some of them are weird:

They are so much fun to fly!

Cats can fly too. Here we took my boy Chaai to Michigan. He’s wearing “Mutt Muffs” to protect his ears from the noise. The engines of these small planes are so loud. But Chaai doesn’t really like flying like this so we won’t make him do it again: 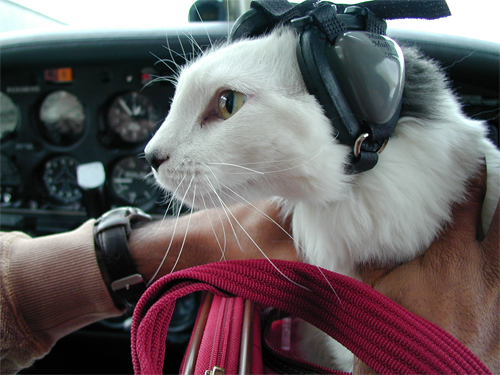 Hmmm … I gotta go work on improving my hair now. It’s long like Jennifer’s but looks nothing like her hair!

6 Replies to “Getting a Bit Personal”