To where? Believe me, it’s not on the radar, even off the beaten track, of any traveler. Nor should it be. It’s one of myriad tiny South Indian villages where people live out their private lives far from cities and travelers. It’s a speck lost in the vast patchwork of India’s agricultural countryside, many kilometers from any major road. 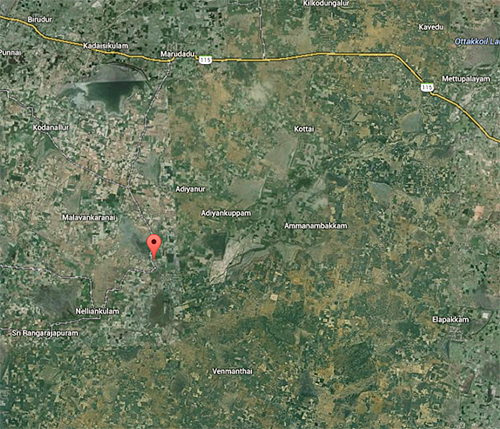 Here’s the tiny village shown closer on Google Earth. It’s only a handful of streets:

To give you perspective, it’s southwest of the city of Chennai in Southern India. Here is how you would get to the village: 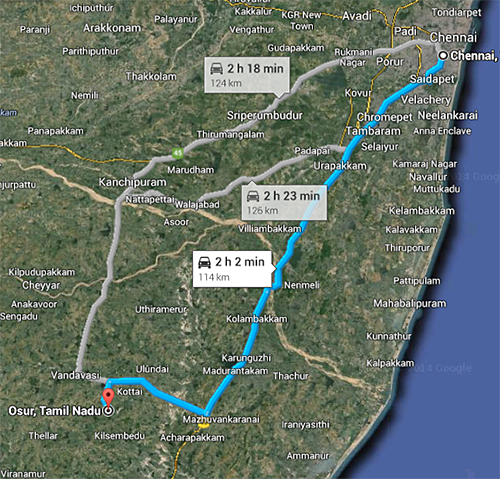 Why did we go there? It’s the ancestral village of my husband’s family. They have been rebuilding a Hindu temple there. I was reluctant to post anything about the location for a long time because I thought maybe the temple had valuable centuries-old stone and wood carvings that were lying around for temple raiders to take and profit. You know, like our own little Angkor Wat. Alas, there is nothing there any more. A few years ago my husband visited the old temple and captured a few photographs of the former carvings. And it was sort of like a little Angkor Wat. (Angkor Wat’s architecture is influenced by South Indian Hindu temple architecture, did you know?) We thought they would clean up and restore the old temple. But instead it was demolished and it’s being rebuilt.

This is no longer there, but this is the old stone “mandap” that my husband photographed. The mandap is like a gateway to the temple. You would pass under this into the temple: 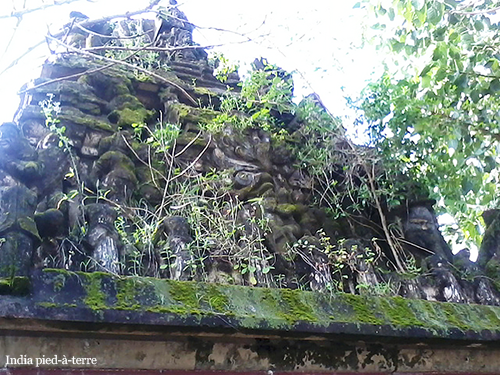 It’s in the tropics and the forest will reclaim its space if you don’t keep hacking it back. 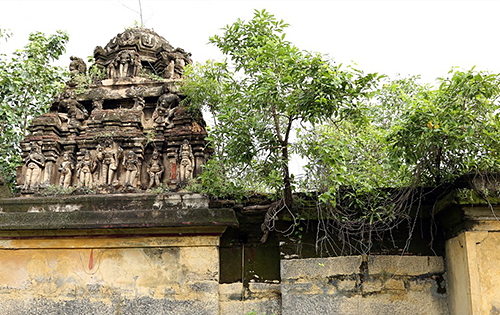 Here’s another shot of the main temple dome, snapped by a photographer before demolition began: 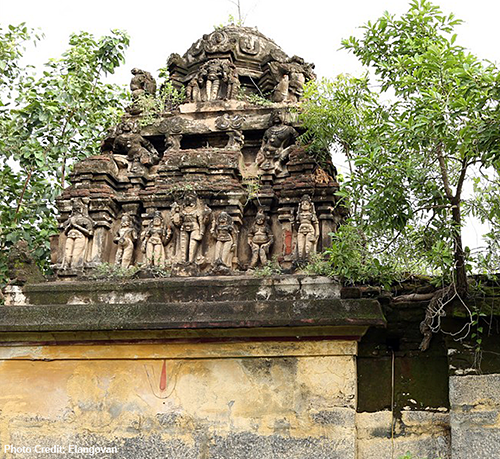 This shows the length of the temple: 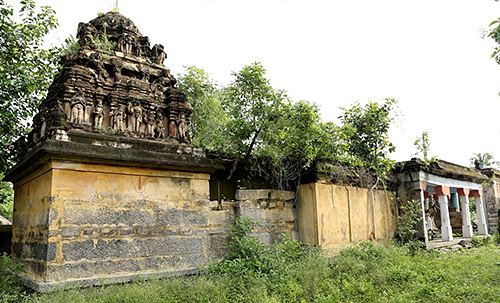 This would have been the scene once you passed through large carved wooden doors: 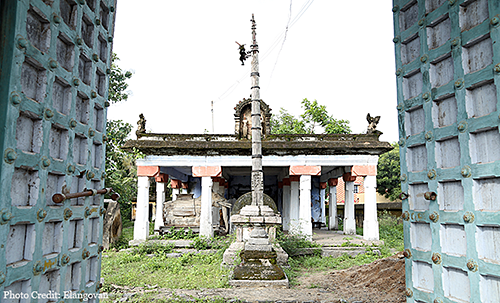 You will often see old large carved wood Indian doors in antique shops and they can come from temples like this.

Here’s where they built rustic scaffolding to work on restoration. If I remember right, this little building is still there: 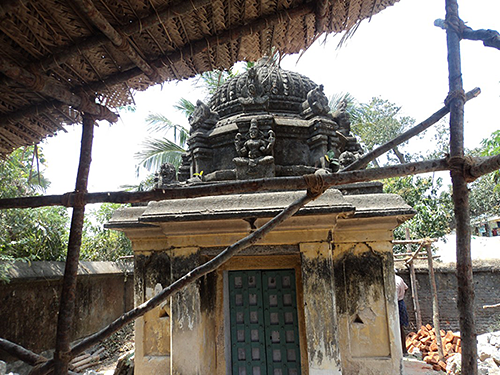 This is the coolest … an old wooden elephant: 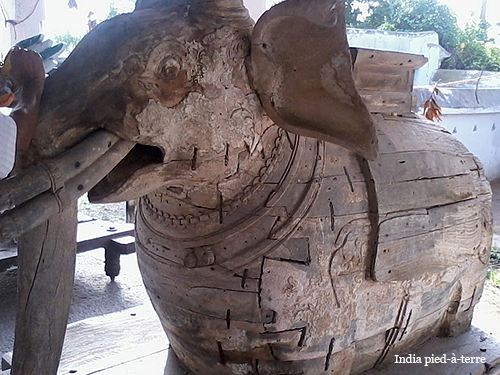 I am afraid for the future of this elephant though. What’s interesting is that people will pay many hundreds or thousands – even sometimes tens of thousands – for relics from old temples. But this temple and all its stone carvings were demolished without a thought.  They thought it was old junk. Now it’s hard to raise the funds to pay for rebuilding the temple. If we’d known they would demolish all this to rubble, we could have salvaged old carvings and possibly sold them to raise some funds! It wasn’t even thinkable, coming from their perspective, that anyone would pay anything for the old temple carvings. So … we heard the elephant is being kept somewhere to be re-used in the new temple. But, I don’t know for sure.

More carved wood my husband photographed at the temple: 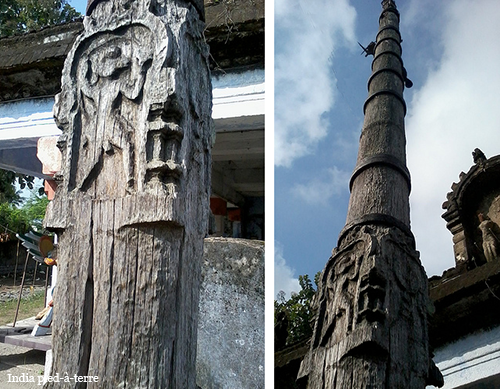 We traveled to Osur and the temple in November 2013 to watch pujas (prayers) being done by Hindu priests for the temple. I went as a respectful observer. It’s not the sort of thing that non-Hindu American travelers get to see or do. They were very welcoming and showed me their plans and opened the little stone building holding the Hindu deities (the representations of their Gods) and explained their hopes and dreams for a better more beautiful home for their deities.

Here is a rendering of their dreams for the temple:

4 Replies to “Traveling to a Temple in Osur”