Urlis (also spelled uruli and uruly) are heavy bronze vessels traditionally used for cooking in Kerala, Southern India. They can also be decorative and used to float flowers and little candles … 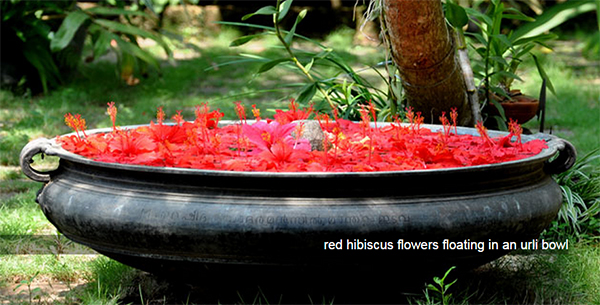 They can be used as sinks in powder rooms …

From MakaZai, an urli in the Sabyasachi store in Mumbai: 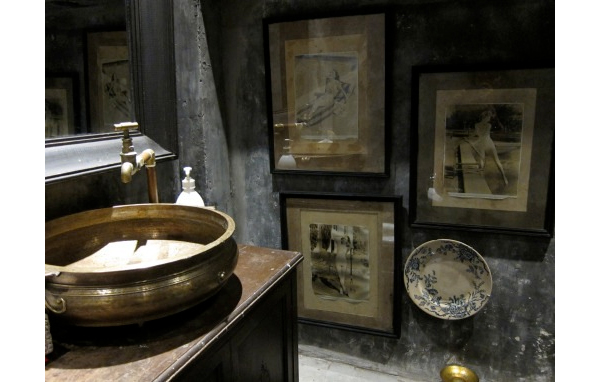 From Houzz, an Indian urli on a Chinese cabinet: 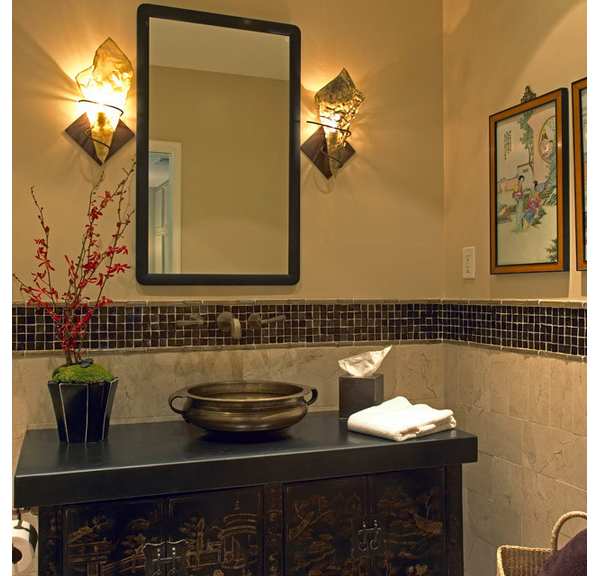 We have one small urli we found in Cochin during my first trip to India many years ago. It has a Lakshmi on one side and a gecko on the other. It sits on our fireplace hearth and currently holds … cat toys!

Coming from the U.S. where so many things are made in machines, I had no idea how labor intensive – and so dangerous! – the process of making an urli can be: 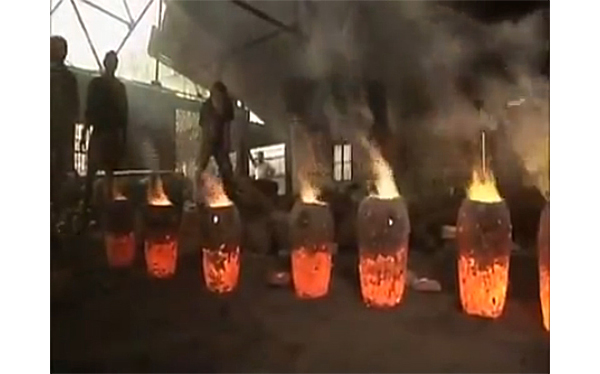 Check out this video — so fascinating but I warn it might make your jaws drop and your palms sweat — of making an urli in Southern India, for the Relic Hunter show on The Travel Channel:

That video makes me appreciate my urli even more, and everything that went into making it. I feel a bit guilty for just using it to store our cats’ fuzzy balls and catnip mice! We found our urli at Crafters, which is the Fort Cochin shop featured in this video. Sonny, the owner of Crafters, has accompanied me and my husband through his warehouses as we chose a few items for the India pied-à-terre. He knows the stories behind everything there. Once, years ago, I had my eye on a curvy teak and cane chair at Crafters. Before buying it, we left to go to the mountain spice estates of Thekkady for a few days. When we returned, “my” teak chair was gone. I had totally intended to buy it and ship it to Minneapolis where we lived at the time. Who had bought it? Ian Grant – the Relic Hunter in the video above! His shop was only a few miles from our home and yes, the chair wound up there! I left it for someone else who may never go to India to buy. I know we could go to Crafters ourselves any time.

I did eventually get my chair. We returned to Crafters a decade later and there’s now a curvy teak chair in our Chennai apartment. In a few weeks I’ll be reclining in it with an issue of Elle Decor India and some warm Kerala Chips just out of the fryer down the street.

So back to urlis. Here are more photos of pretty urlis … 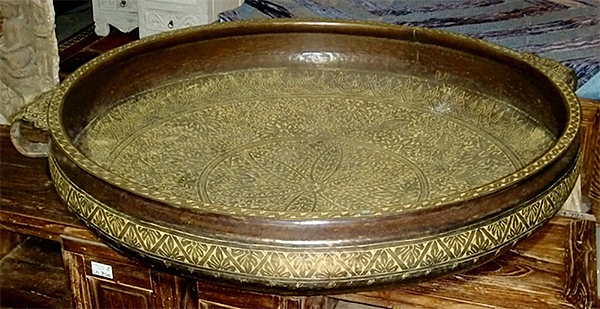 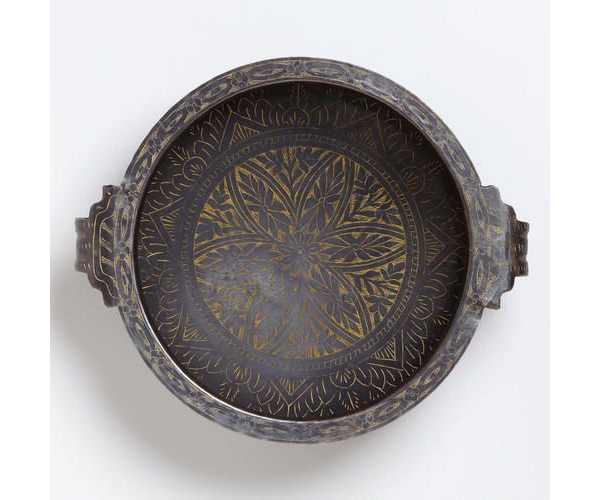 If you go to India, an urli is a wonderful unique souvenir. They can fit into western décor in a lot of ways – they can float candles, display fruit, hold potpourri. The gold bronze or brass would be pretty holding a pile of holiday baubles at Christmastime. Small urlis could display little guest soaps in a powder room. But I warn, urlis are heavy so account for that in your plans with your check-in luggage weight. Or, reputable sellers will ship urlis worldwide to your home. If you ship anything, take a picture of it and be sure staff tag it before you leave the shop, so you receive the one you want.

2 Replies to “The Bronze Urli”