I’m writing from Chennai, India, where we’ll be for the next two weeks working on our apartment here. It’s gritty right now. As construction always is. It’s like cleaning — things get way worse before they look great. And in the apartment, the mess is on a massive scale, with dust and wood splinters and paint splatters and an occasional electrical cord and saw strewn about on the floor. Yeah, watch for the saws when you’re walking on the floor in your bare feet. In India, you’re always walking in homes in bare feet. And I work in safety as a profession! I tried to keep up with keeping the environment safer, but it’s really hard to keep up with 8-10 men making a massive mess. Here’s a peek:

I apologize for committing the cardinal video sin of holding my phone vertical. It’s what makes most sense though!

In keeping with the grittiness of the apartment right now, here’s some gritty scenes during our runs for supplies, paint, hardware and occasional food …

This is a scene down the street and around the corner from our apartment, maybe 5 minutes away: 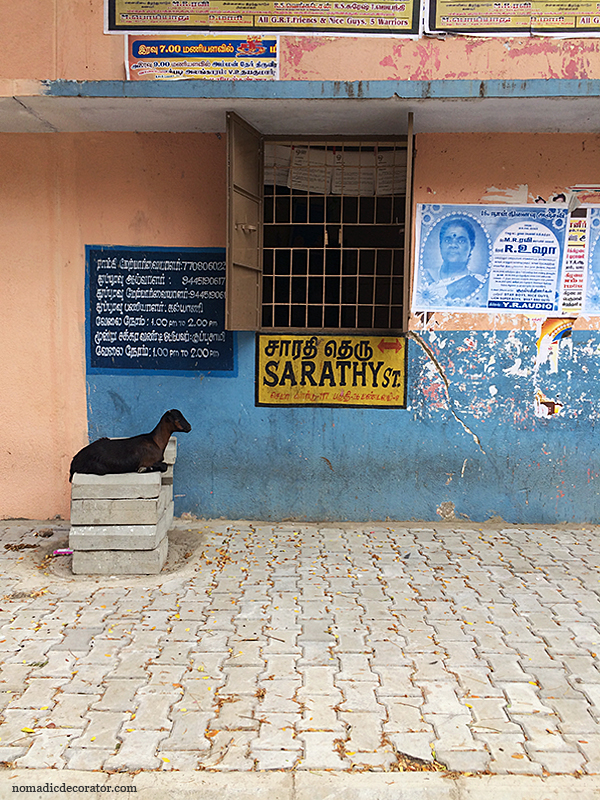 We passed that serene goat scene while bearing brackets to brace the bathroom counters, which will be made of Burmese teak. Of course everyone is freaking out about using wood in the bathroom. Boats are built of wood. I’m sure it will be fine when properly treated.

Pretty shapes and colors found during a foray for wood skirting contractors: 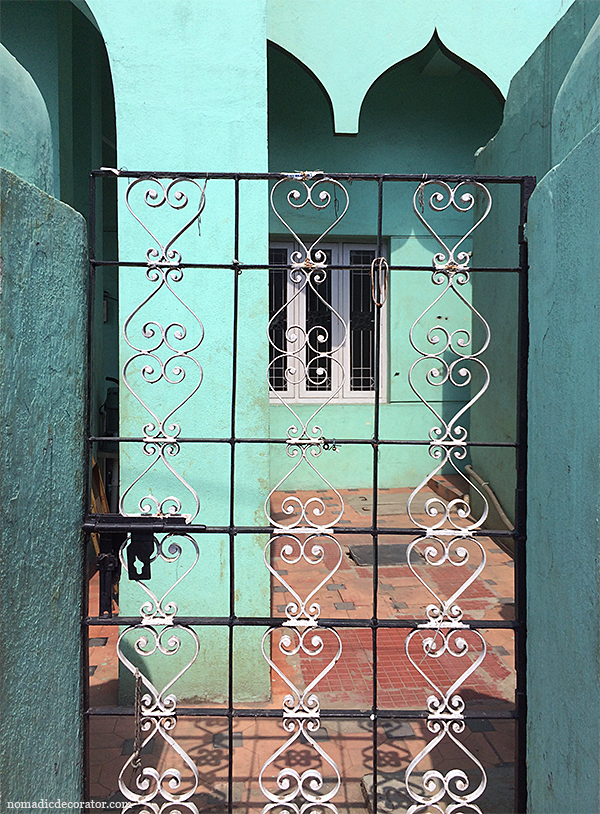 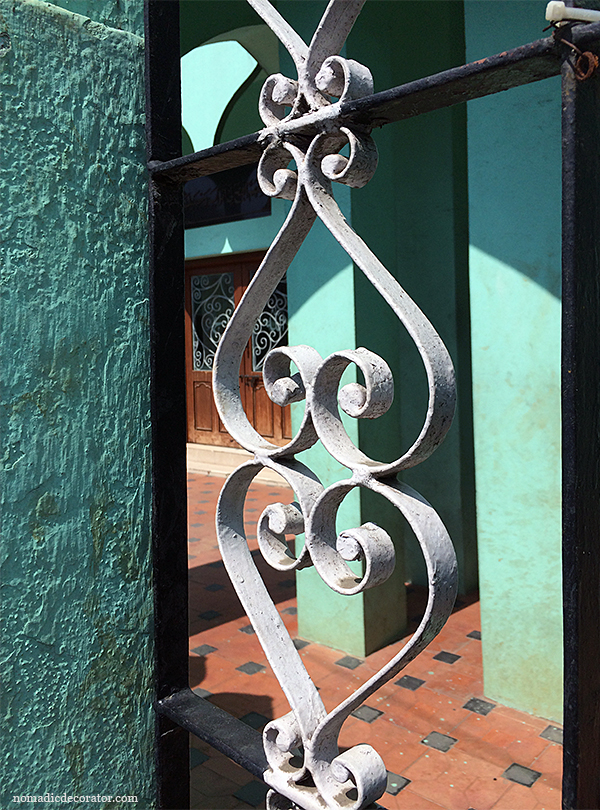 Buying wood skirting can be treacherous to your pocketbook. One contractor wanted to charge 3x the rate of another contractor that we originally visited. But we couldn’t remember the original contractor at the time. Thankfully we found paperwork and we found the original contractor. And not only were they a fraction of the other guy’s cost, they came up with a linear foot estimate when they measured our apartment that was 2/3 the estimate of the more expensive contractor!

Across the street there was a “stick no bills” sign, so they were stuck over here: 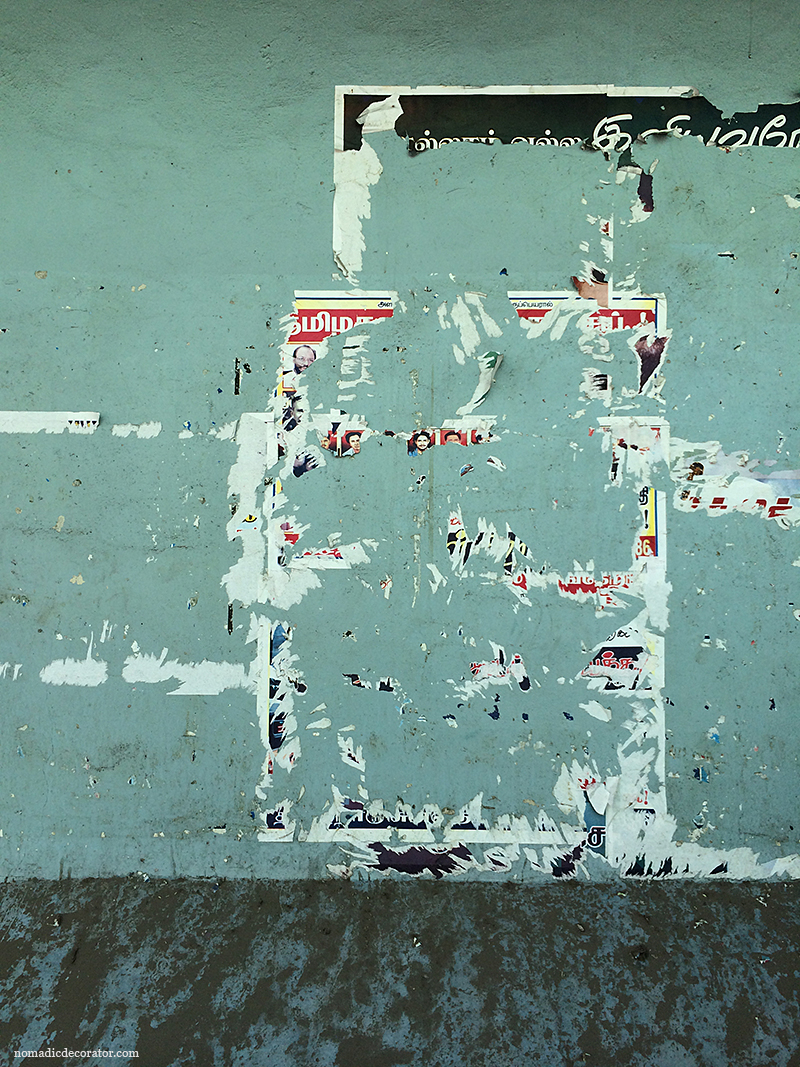 Street numbers change, and you will often see “old” and “new” numbers: 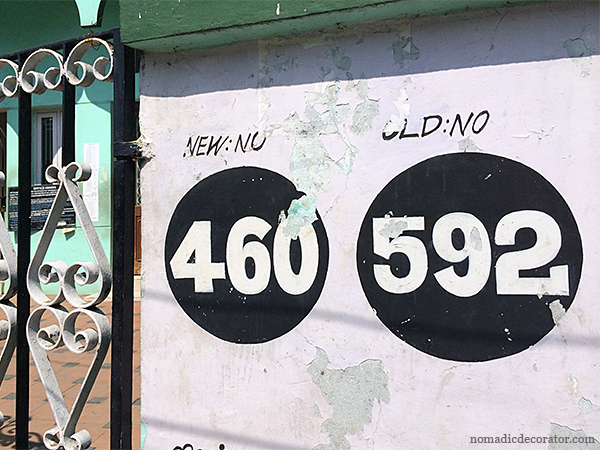 A painter’s ladder in our apartment. And more of that blue, because these are the guys painting it: 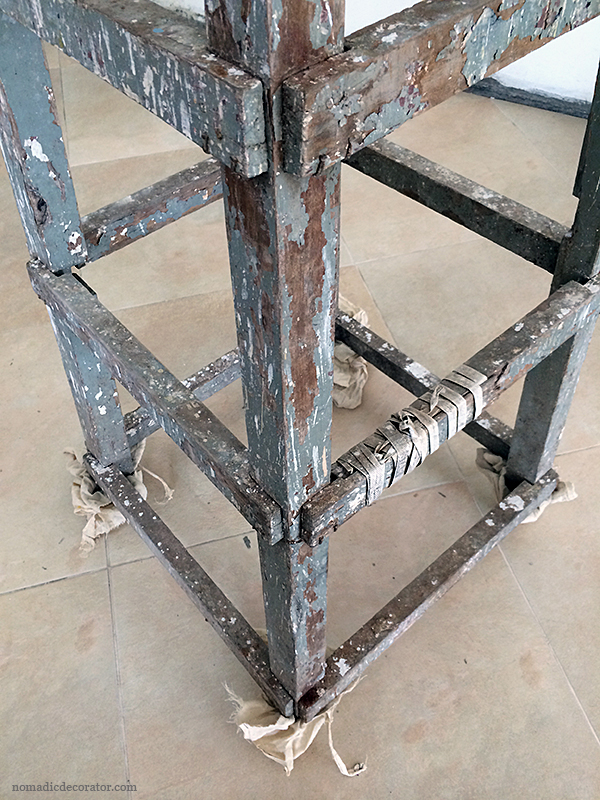 There won’t be much blue in our apartment — for now it is all bright white. More coming soon about paint, because I’m all about the paint!