You may have done a double-take at this title? Detroit, a font of trendy design? Yes! I grew up near Detroit. It’s my hometown, and if I can tell you one thing about Detroit, it’s that the grittiness there produces hardy people and a certain underdog’s pride. The city’s fall on hard times forces that. Even though I left back in 2001, I was in my early 30s then, so I spent plenty of years of life around Detroit and its suburbs to see the cycles of economics and how this can make you tough and resourceful.

I was proud when I heard Genevieve Gorder’s speech about three top design trends in 2015:

Whaaaaaaat?!?! Yes, Detroit is a design trend and I explain why below.

I warn there’s a few f-bombs in the video, but her talk is entertaining and hilarious and delivers a fast-paced stream of style that’s coming your way. When s0meone gets so breathless because there’s so many words to share, you know they love what they do:

As she says in her talk, if you want to stay ahead of style trends, you gotta accept things when they’re still at the weird stage. But now that it’s late 2015, many things in the video are not a surprise. You’ve seen them all over Pinterest and blogs and Instagram. You may have seen Detroit style too, and not even realized it yet.

Genevieve talks about black and white as 2015 design trends, and I found a Detroit style-setter that combines B&W with “doing good in Detroit” … Better Life Bags. This is the Finley bag: 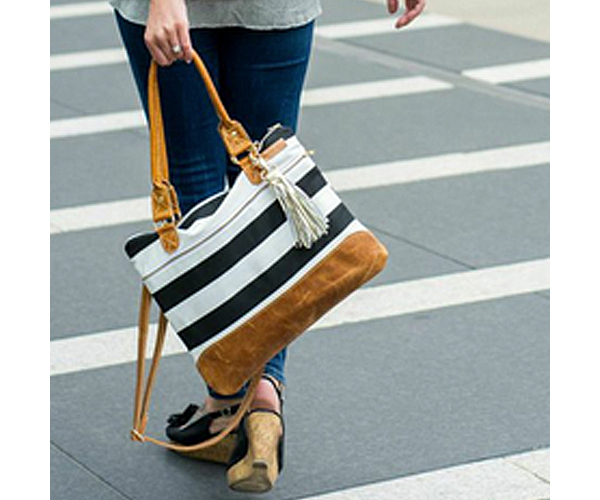 Here’s how it works at Better Life Bags: you custom design your bag, and women in Detroit sew it for you. You can choose your fabric, leather color, types of straps, whether you want a tassel add-on. With some designs you can add exterior pockets. You can even choose whether you want gold or silver hardware. Here’s more about how Better Life Bags helps women in Detroit:

Their laptop bags are useful: 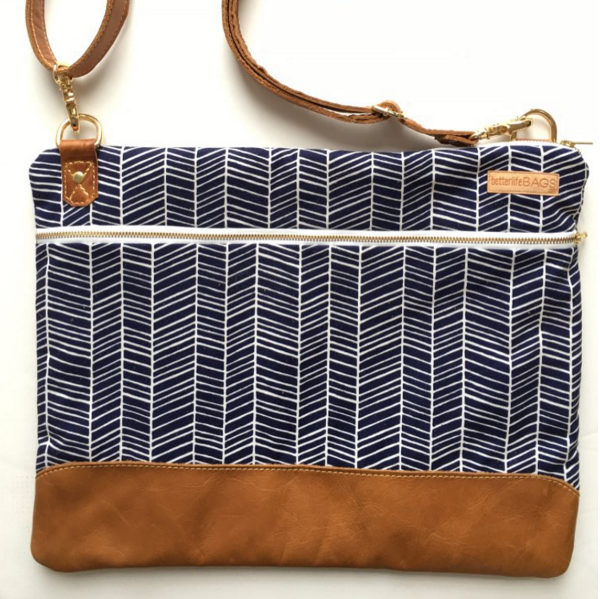 They’ve teamed up with another Detroit style institution, Detroit Bikes, with the Scout messenger bike bag, my personal #1 fav style and I may treat myself for Christmas with the wide black and white stripe fabric! It can be worn as a backpack or slung over your should like a regular ol’ bag: 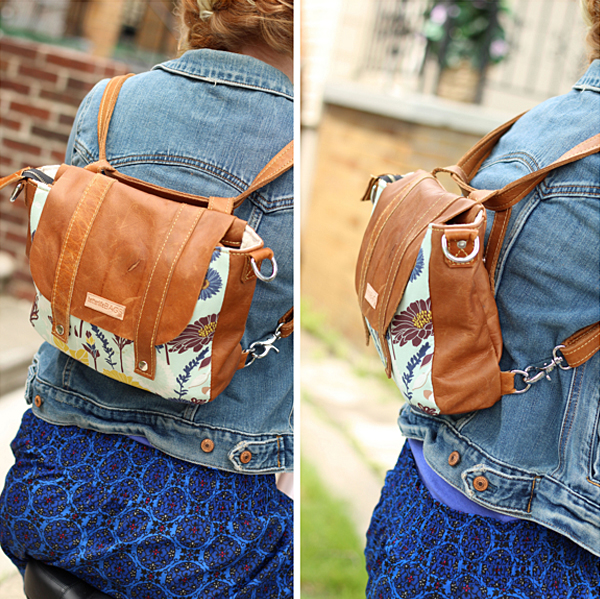 Detroit has a creative workforce with an eye toward industrial style. It’s a town of steelworkers, auto seat upholsterers, machinery operators … the types of jobs you find in the “rust belt” of heavy industry and assembly lines. So it’s no surprise that out of that atmosphere, the idea for vice grips as table legs would arise! Remember what I said about resourcefulness? Take a found chunk of wood, add vice grip legs from FLOYD and you have a dining table or coffee table, a shelf or a bench: 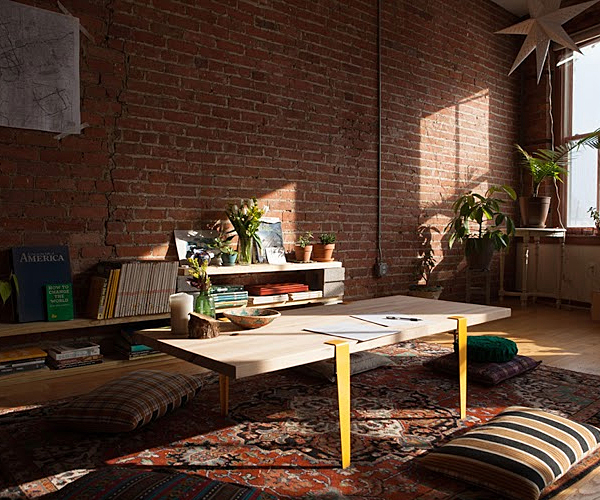 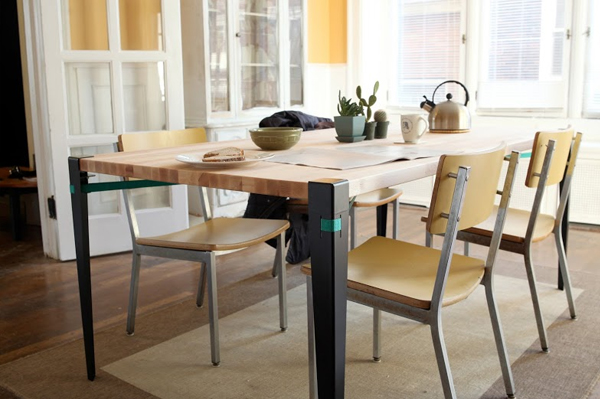 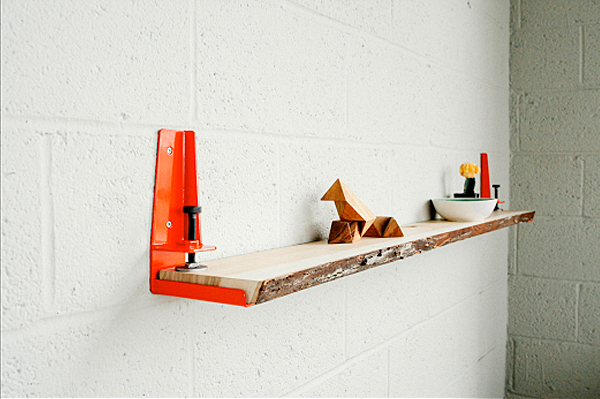 I think these shelves have potential for hipster boho style perfection – just the right amount of industrial to set off bohemian style. Follow FLOYD Detroit on Instagram for new ideas to make things with their vice grip products, like this stylish table with what looks like salvaged wood:

I’m thinking those of us who do crafts need BIG TABLES. And big tables can come with a big price tag. But salvaged wood (doors maybe?) with these vice grip legs would make instant affordable big tables for crafts and hobbies! 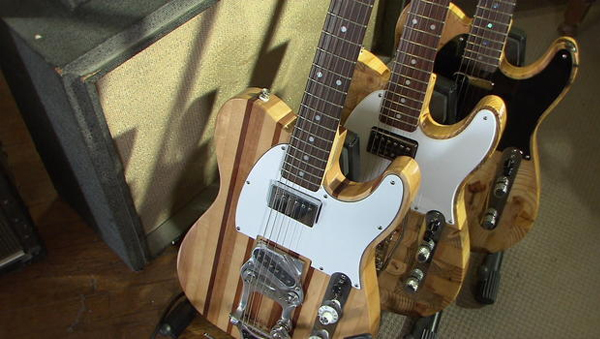 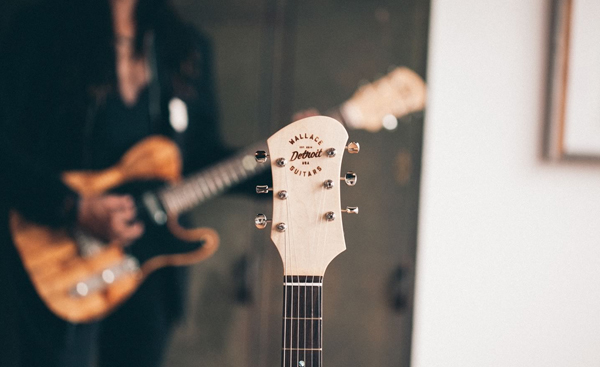 A really cool product that’s quintessential Detroit is Fordite jewels. Fordite is a colorful stone made from the thousands of layers of paint from automotive plants. !!! Can you believe that? I’m dumbfounded. Maybe some paint from my first car, a red Ford Escort back in the early 90s, is now in one of these stones. Also known as Motor City Agate: 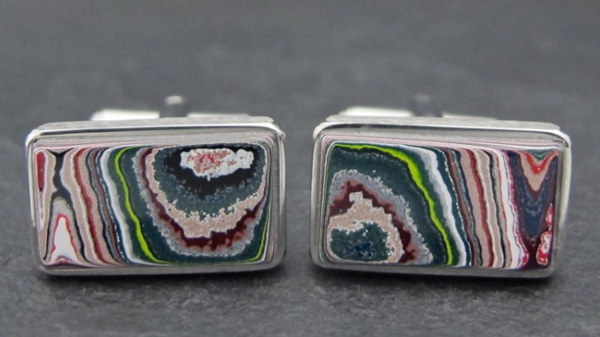 You can find lots of Fordite jewelry on Etsy.

Detroit is a big sports town, home of the Lions, Tigers, Red Wings, Pistons. The Detroit Strap Co. takes old footballs, vintage and baseball mitts and turns them into watch straps and other products. The straps often show signs of their original lives: 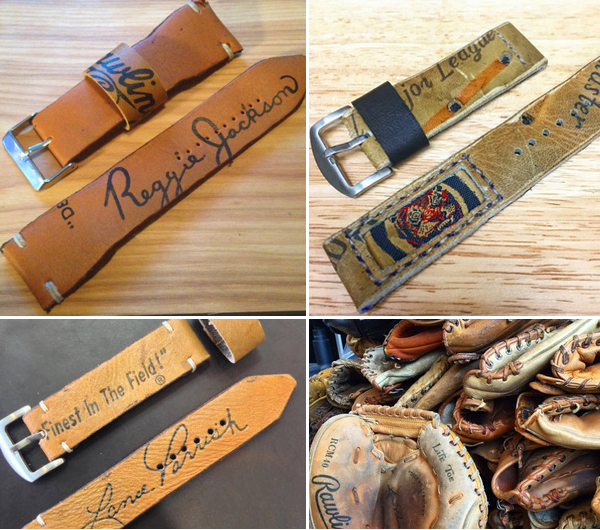 Another reclaim and repurpose initiative is Reclaim Detroit’s butcher blocks. The butcher blocks are made from the old growth wood found in salvaged Detroit homes: 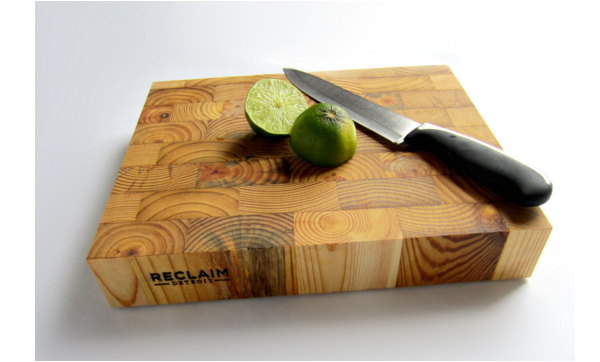 They say there are about 70,000 abandoned homes in Detroit that cannot be lived in again. They must be knocked down. The structure of those old homes were built with really good old wood. So people are trained both to deconstruct the houses and build new products with the wood.

It’s no secret that Detroit has suffered from violence. I love these products made with melted down crime weapons. These steel cufflinks, available at the Detroit Institute of Arts online shop, have the serial number of the gun that was permanently removed from the streets:

They also make cuff bracelets from the molten down metal.

Another repurpose into jewels is … graffiti material. Yes! A company called Rebel Nell takes graffiti that has fallen off of walls and remakes it into jewelry. Something that some might consider blight becomes beautiful, like these earrings: 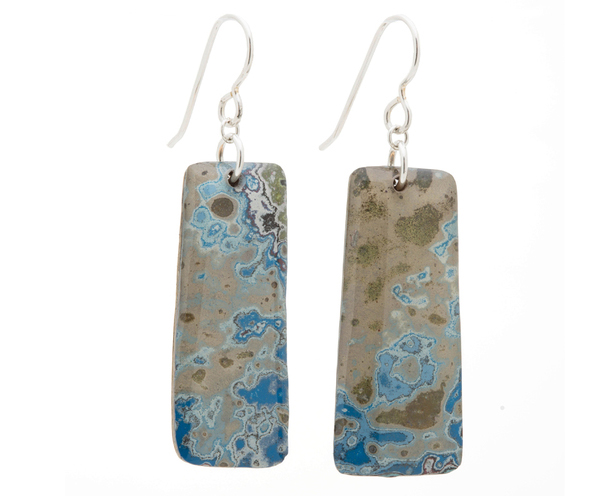 Rebel Nell’s pendants are really pretty, like this one: 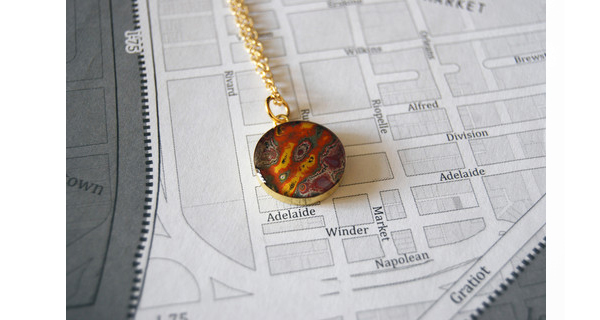 You even get a map showing the area of where the graffiti was found. Cool! Rebel Nell hires women from homeless shelters who are ready to transition to self-reliance. They have a beautiful way of describing their products and the meaning of Detroit: “We collect this graffiti after it has fallen off of walls.  Initially these scraps of graffiti look a little rough on the surface, just like many people’s first impression of Detroit.  However, after we take it through our process, we’re able to reveal all the beautiful layers that make up the graffiti, just like the intricate layers that make up our city.”

Wow this post got long and there’s still so much to show you! What I said about the underdog pride — it’s not like New York City or San Francisco, cities where people want to go. If you’re from Detroit, you have to fight so hard for people to see the gems and the beauty there.