My gift to this blog for its first year birthday is to finally spell its name correctly!

So, why India pied-à-terre?

First, pied-à-terre means “foot on the ground” which is what you most long for after a flight from Chicago to Chennai!

As defined at Wikipedia, pied-à-terre is a French term for a small living unit, possibly an apartment or condominium. It’s usually located in a large city far from the family’s primary residence. The term pied-à-terre implies usage as a temporary second residence, either for part of the year or part of the work week. They can be investments that are rented to people vacationing in a city. According to Forbes, they can also be a place to keep a mistress!

Except for that mistress part, this fits our situation perfectly. Our India pied-à-terre is far from our primary residence in the northwest suburbs of Chicago. It’s hard to pick a further location on the planet! It’s smaller than our house. It’s an apartment where my husband can be around his family more, and a place to stay when he’s in India for business. And maybe that’s the siren call of a pied-à-terre — it makes you yearn to be somewhere else.

So if you had a pied-à-terre, where would you want it to be?

Here’s Elle Decor’s idea of a perfect pied-à-terre with little cozy seating areas and of course, private outdoor dining in the city: 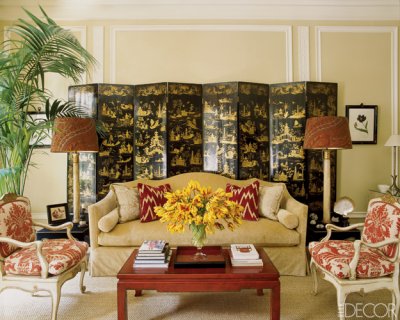 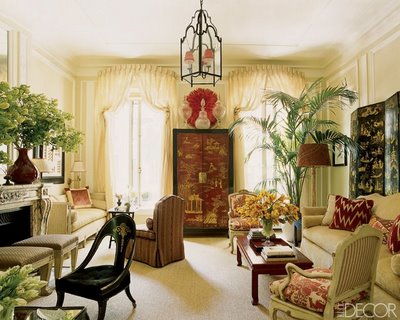 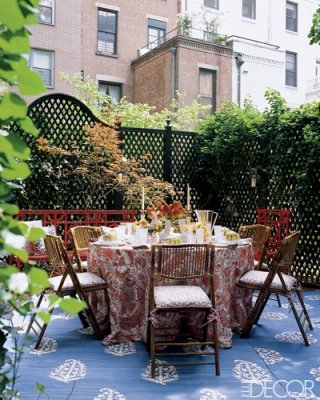 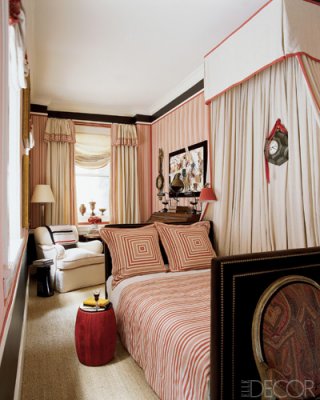 A pied-à-terre should be a space you love, where you look forward to unlocking the main door and stepping in. So make it so!! Because travel and the separation of being away is inconvenient. But wherever you are should feel like your home.

Here’s a London pied-à-terre shared at the New York Times: 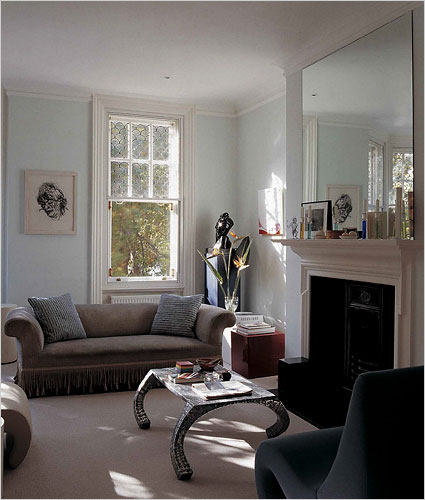 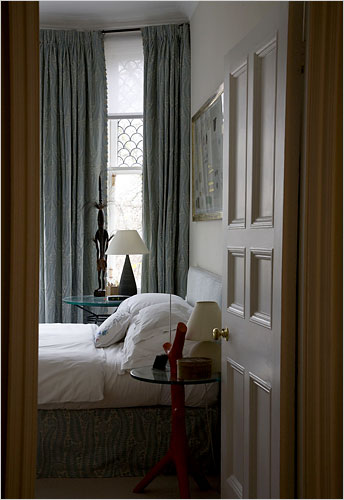 You can see here similar colors are woven throughout the apartment to make the space feel bigger. Also you may not want to invest top dollar in a pied-à-terre visited only periodically. According to the NYT article, this dining table is a card table! But it is dressed with linen and Wedgwood china. We are making similar choices for investing in the India pied-à-terre. While in our Chicago home we want to invest top quality for the rooms and the things that get heavy daily use, in the Chennai apartment we’re not importing marble from Italy and we’re not using teak. We’re not there often enough for it to be worth the accumulated extra expenses of all these things. The extra cost doesn’t provide the ROI value. It’s important to be careful because frankly human egos can get very demanding and expensive!

Here is a pied-à-terre in Paris, the epicenter of this concept: 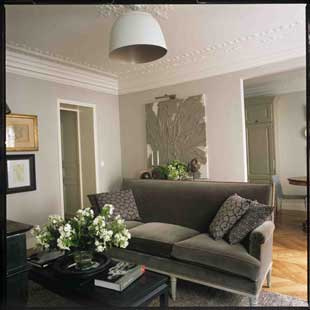 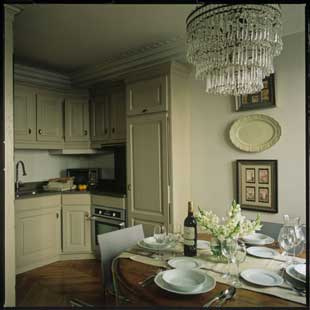 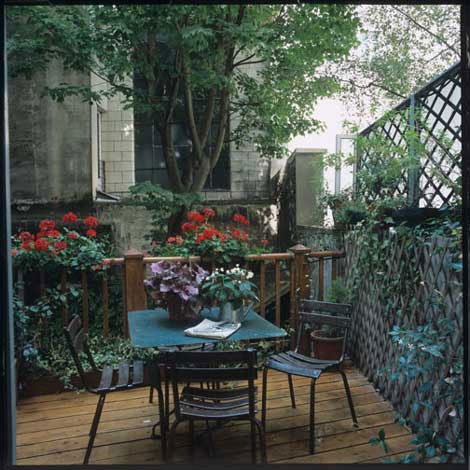 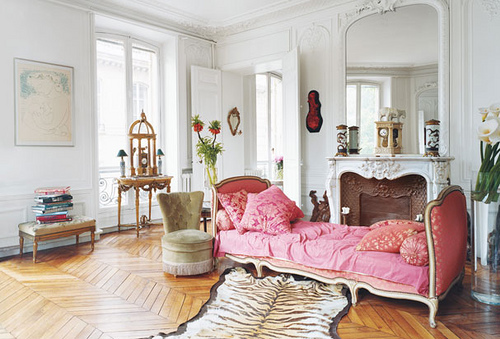 I saw this Paris pied-à-terre House Hunters episode on HGTV. They found ingenious solutions to make the space feel bigger. Via Jeff and Mary’s Excellent Adventure: 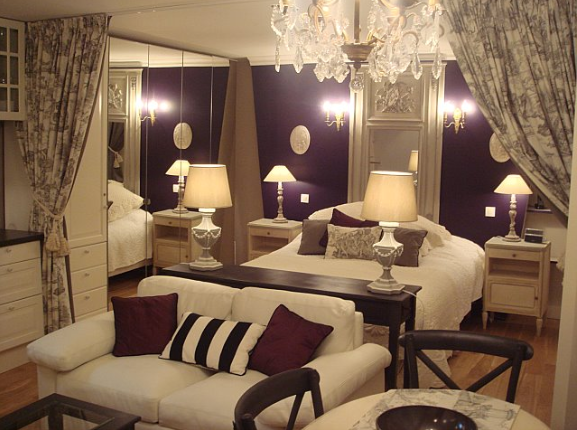 Wow. This Paris pied-à-terre — check it out — very different and stunning, via Interior Design magazine: 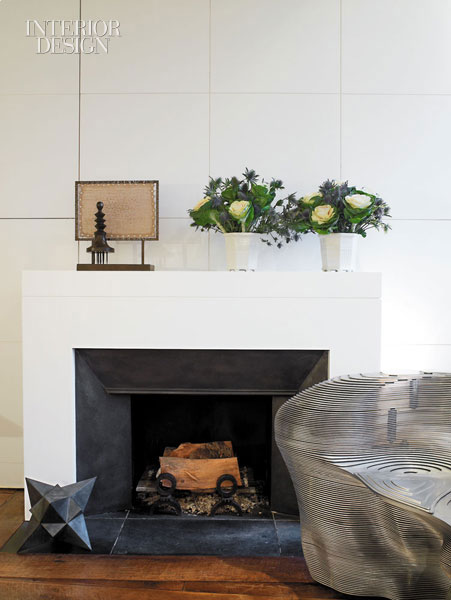 This could go on and on. But I must stop, and run errands. That must be why people like the idea of a pied-à-terre — because from there, getting groceries and daily necessities don’t feel so much like errands. They are adventures.