Do you know about the idea of half homemade food by Sandra Lee? You use ready-made things, and add your own twist as you put a meal together? Well it can also be applied to DIY, and I really like the half homemade idea when you want to be creative but you’re time-pressed. Or when you don’t have the skills to do total DIY. Or when the perfect ready-made thing presents itself to you, and you just want to add to it. That’s what happened to me.

Years ago I got this Thai standing Buddha amulet on eBay: 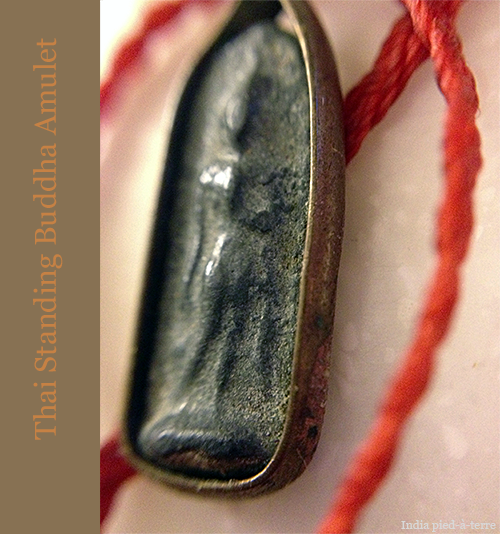 I wanted to make a multi-cultural necklace like the one below that I saw years ago, worn by Hanh Merriman of  Life in Travel blog:

Hanh’s necklace above is by Kimme Winters, which I cannot afford, so I wanted to make something. Of course a Buddha amulet would be part of the necklace. I’ve traveled through Thailand, Laos and Cambodia (hopefully soon Myanmar) and am drawn to wats and Buddhas. I thought my Buddha amulet from eBay would be about 1.5-2″ tall.  But the seller must have used a macro lens just as I did in the photo above. Because:

Not impactful at all!

And this wasn’t a cheap amulet. Oh well. The Buddha sat in the jewelry box for a few years. I always had the idea to combine it with something else. Just needed to find the right thing. A few months ago, while stalking the jewelry-making aisles at Michaels, I saw stone pendants with big holes in them. Big enough for the Buddha? Yes: 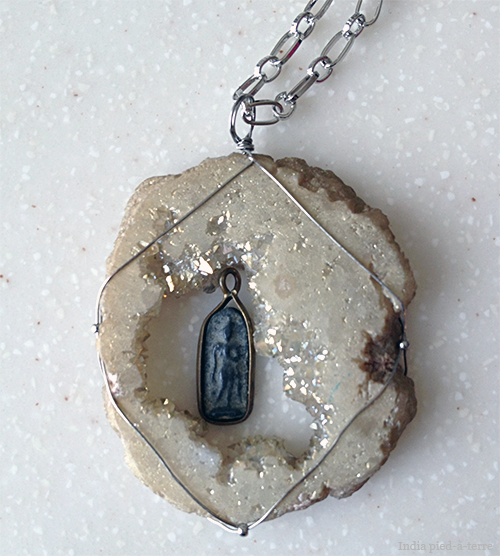 And it looks like the Buddha is in a cave, very cool. So to make this half-DIY necklace, I added a few things to the pendant. Here are the supplies: 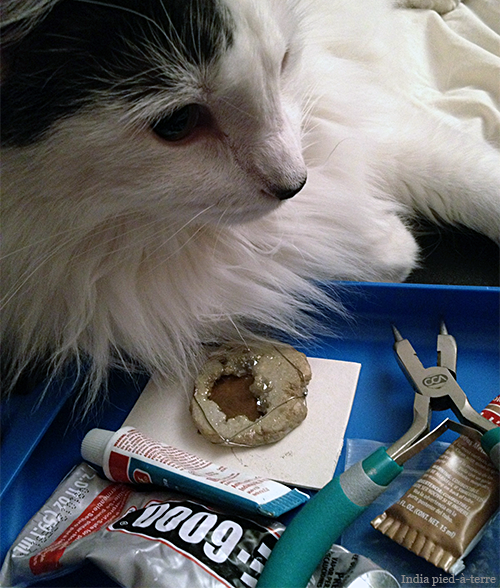 Well that was the first attempt at making the necklace, then a 20-lb cat decided to lean on my stuff. How do you push him away when he just wants to be a part of things? Here’s the successful DIY, in a hotel, so no crafty cat. There was better light for photos in the hotel anyway:

First to give the pendant hole a backing, I found round copper blanks from Vintaj. But the dark Buddha was getting lost on the copper color, so I applied Rub ‘n Buff in Antique Gold to lighten up the copper.

Then I glued the metal circle to the pendant with E6000 glue. For now I let the saffron strings hang free, a little bit boho: 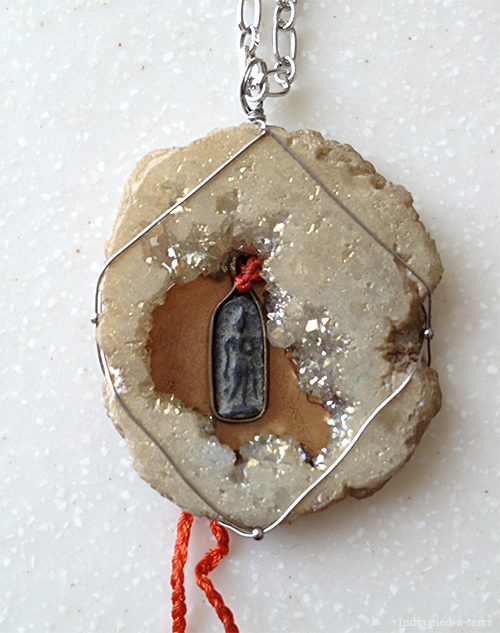 Here’s how I styled the necklace the first time I wore it. I wore the Buddha necklace with another necklace I made with chunks of pyrite, and a necklace with a Mexican religious pendant. The combo has the multi-cultural spirit of the original inspiration: 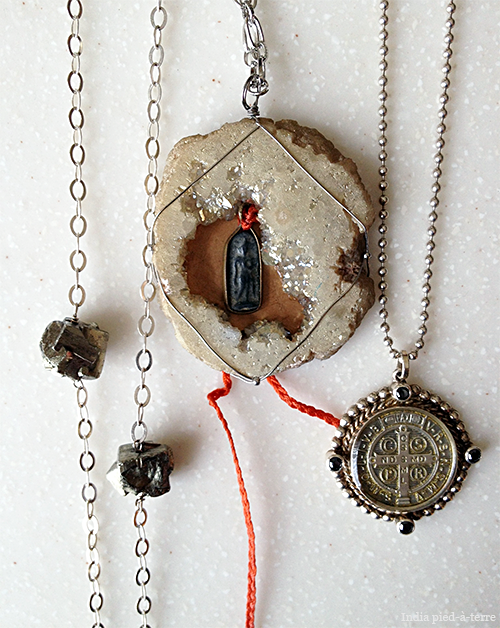 This would need more beads to be closer to the original inspiration.

As is, I think it looks a bit more like this Kimme Winters pendant combo Hanh shared on her blog, which is more sparkly: 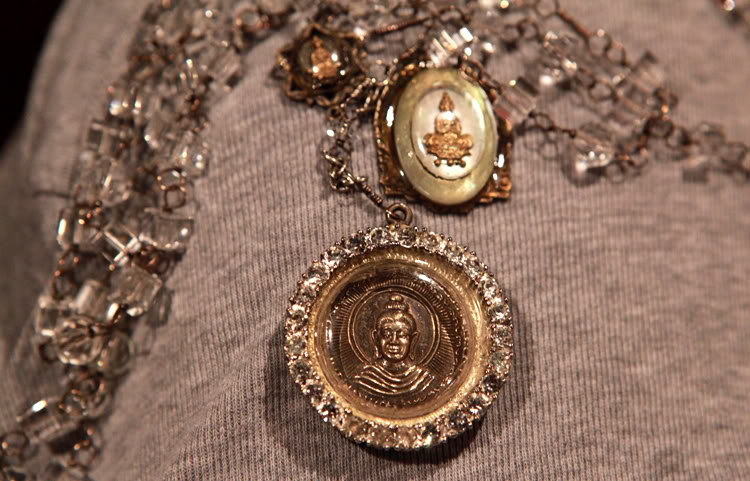 Hanh shares some more jewelry made by The Woods with Buddha amulets on her blog: 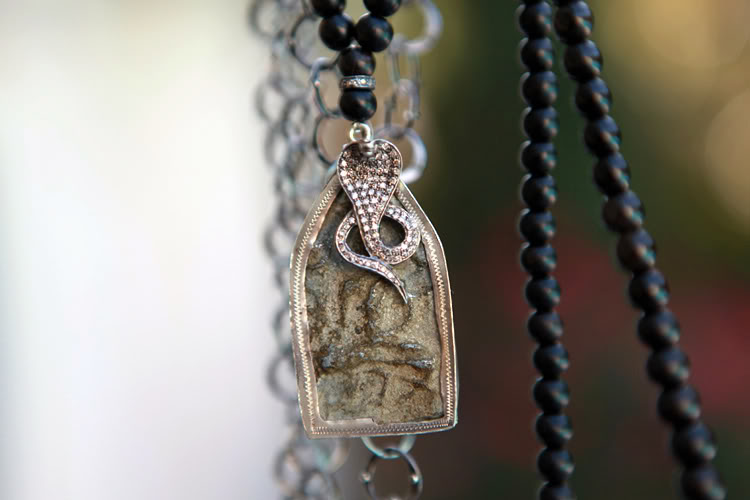 I love the style and am inspired to make more jewelry! I’m eyeing some antique coins from India on eBay right now to make into pendants …

This project shared at: