eBay alerts me when the Indian Goddess of Wealth, Lakshmi, is for sale. Hmmm, something about buying a Goddess of Wealth doesn’t sound quite right, does it? Well, sometimes I do buy Lakshmi because she is my favorite India goddess. Recently a large antiqued and patina’d gold goddess amulet arrived on my doorstep from eBay. She was described as Lakshmi but I don’t think she is? It doesn’t matter. Lately I am into amulets as necklace pendants.

First I attached her to an antiqued gold rectangular bezel “frame” by filling the frame with E6000 glue (or, goo!) and setting the backing of the goddess amulet into the glue.

While the glue started to dry, I considered different beads for the necklace. 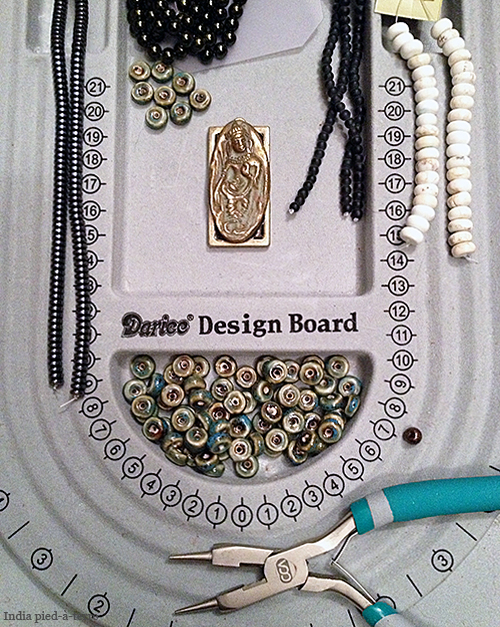 I chose the ivory color beads, and also picked some textured beads from my supply. I strung the beads and kept it simple – just added some touches of the textured beads here ‘n there. 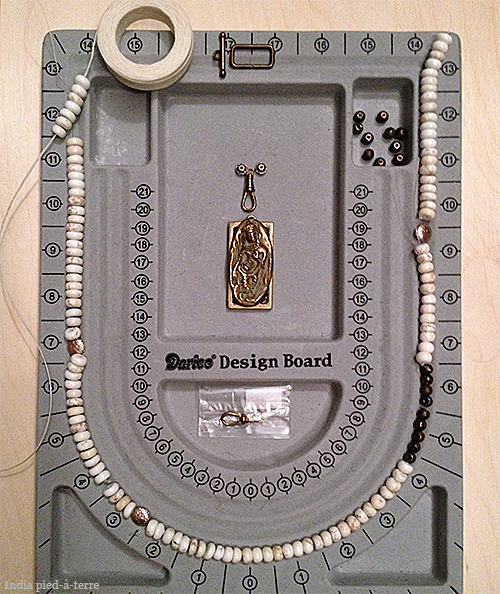 The textured beads were silver and dark copper. They could have been left that way but I turned them into antique gold with some Rub ‘n Buff. And here’s hopin’ that stuff doesn’t buff off onto my clothes.

The beads were strung with waxed linen. I really struggle with making secure knots with nylon beading strings without it breaking or slipping, so this was my first time trying the waxed linen. The waxed linen makes the beads drape and hang very nicely.

Here’s the final result – I had all supplies for this, just the India goddess amulet was new: 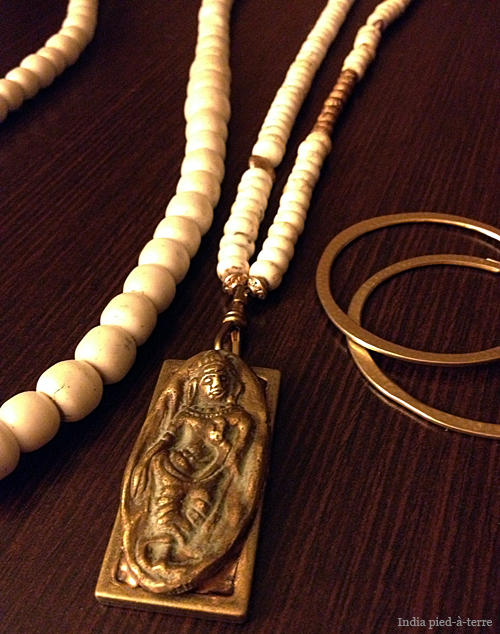 And of course, the crafty cat supervisor was never far away (isn’t he the cutest boy, leaning on his hot rod race car – he loves it): 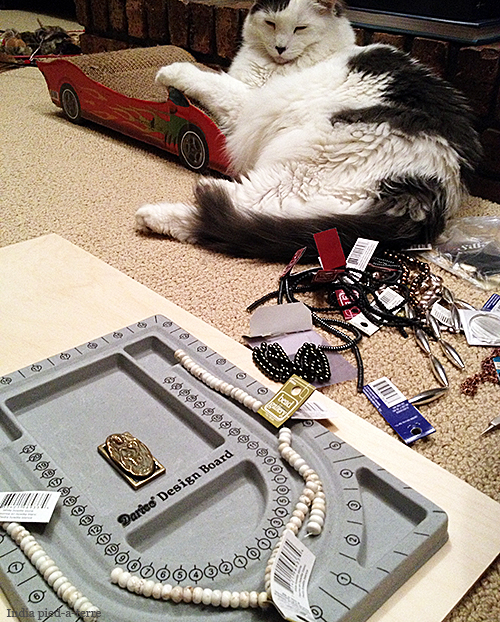 Do you think he knows much about making necklaces though?

If you are attending the Haven blogging conference, you can see this necklace in real life! I am wearing it with another strand of old ivory color beads, from Africa, found at Chicago’s Randolph Street Market.