We’re in Chennai, India working on the India pied-à-terre. It’s one thing to sit on a soft sofa and surf for pictures of the look I’d like. This blog was launched in 2010 originally as a place to gather all the inspiration pictures to make a unique South Indian apartment. You can also visit a Pinterest board of decorating inspiration.

It’s obviously a totally different story to make it actually happen. Here’s some sneak peek snaps of what it’s been like for the past week …

Delivery of the glass for shower doors and walls: 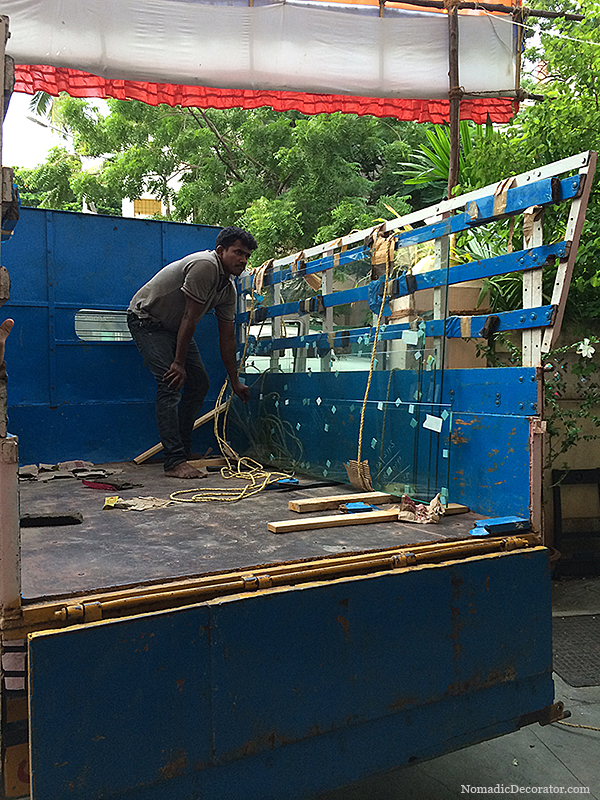 We thought the glass is a little thin, but if it can survive travel like this on Chennai roads, it can survive us opening and closing the doors during our occasional visits to India.

The carpenter explaining to my husband how our custom master bathroom sink vanity will be constructed:

The bathroom is tiny and it’s been a challenge to figure out how to build it so it can be wall-mounted. And today there was a bit of a disaster. The piece of old chippy paint door wood I bought — originally from India and I hauled it back to India — broke when the carpenter trimmed the edges to fit: 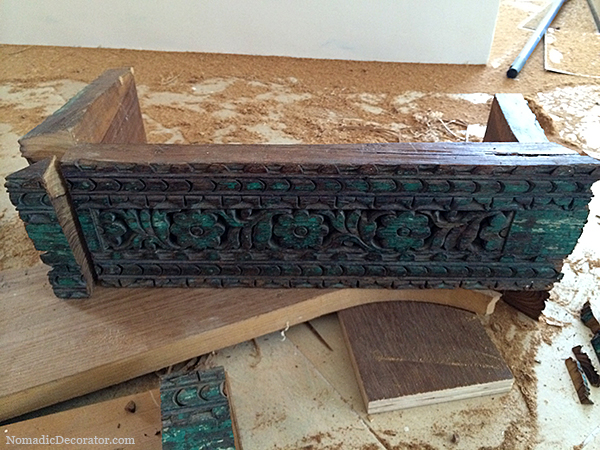 I had been so proud that I had figured out how to cut angles with my table saw. I was in our garage sawing the wood at 1:00 a.m. the night before catching a flight to India! My saw is much more powerful than the tools these guys are working with, and when they trimmed the wood, the cut shapes splintered and cracked. Bummer. And there’s a straight cut which was not obviously a wood splinter. I think a measuring mistake. You see the flowers aren’t centered? So far the carpenter has been so precise with the wood interior pieces no one will ever see. Why the mistake on the most important piece of wood? We’re insisting on using this piece of wood so the carpenter is fixing it.

Here’s a peek at the work environment! This is our living room!

Someone said it’s like watching sausage being made. You don’t want to be there while they’re doing it. This is true.

Here’s a meeting with a carpenter to figure out how to make the guest bathroom sink so people can fit in the space: 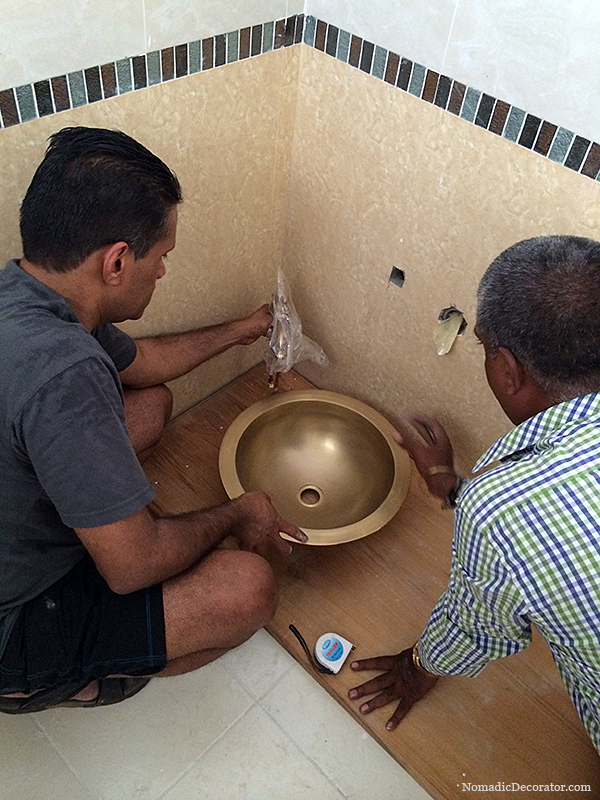 They painted the walls. And the floors too: 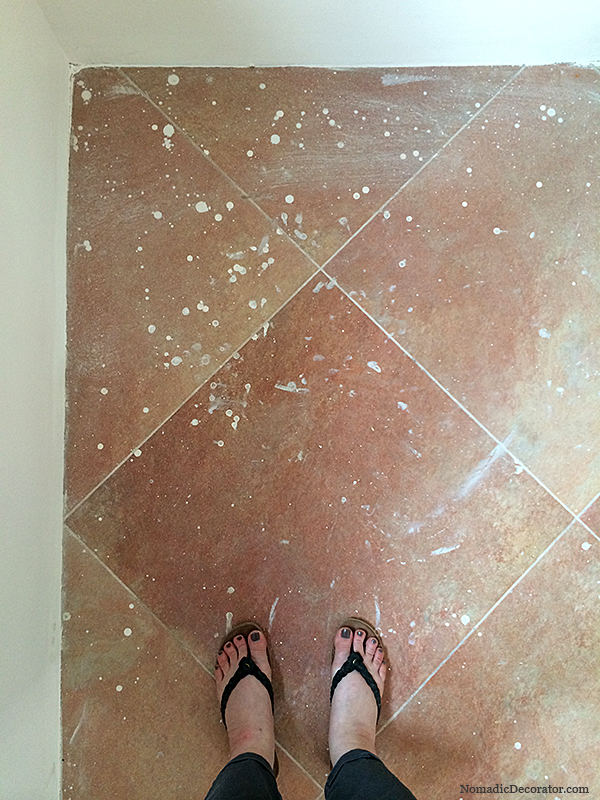 One Reply to “Seven Days of Dust and Determination”